Every year in the month of June, Apple hosts its Worldwide Developer Conference (WWDC) to announce new software updates, features for developers, and sometimes even new gadgets and devices. Like every other year, Apple is hosting its WWDC 2022 this June to announce new software updates like iOS 16, macOS 13, watchOS 9, and possibly, some Macs as well. Whether you’re an Apple fan, a developer, or just a tech enthusiast, Apple always has something exciting to show at the event. Here’s everything you need to know before this year’s WWDC.

Last month, Apple revealed that the WWDC 2022 would take place from Monday, June 6 through Friday, June 10. The main keynote, where the company is expected to announce new software updates and hardware products, will take place on June 6, 2022, at 10 AM PT (1 PM ET).

Just like the previous few Apple events, WWDC 2022 will also be conducted virtually, with a very limited in-person audience. Nonetheless, Apple also wants to be live streaming the event. You can catch the live stream of WWDC 2022 on Apple’s official events website and the company’s YouTube channel on the day of the event.

Apple will be announcing the new version of the iPhone operating system, iOS 16, at the WWDC 2022 events. A fair share of leaks and rumors in the past few weeks have given us an idea of ​​what we can expect from the Cupertino giant. Bloomberg’s Mark Gurman believes that iOS 16 won’t be a major overhaul but would bring “significant upgrades.”

Gurman says that Apple will bring a revamped notification system with iOS 16. Many users have been asking for a better notification system in iOS, and it looks like this could be the year Apple finally brings it. He also says that Apple has been working on adding more features to the Focus Mode and the Health app. Talking about the Health app, Gurman says that iOS 16 will bring some new “Fresh Apple Apps” — some believe it could be the long- rumored Apple Music Classical app.

Another leaker claims that Apple will be adding a new way of interaction to iOS. Some suggest that this leak pertains to the addition of long-rumored interactive widgets with clickable buttons. Lastly, iOS 16 is also expected to drop support for iPhone 6s and iPhone 7 series smartphones. If you’re interested in reading more about iOS 16, we have a detailed guide covering all the changes expected to be included in the new version of iOS right here.

Along with iOS 16, Apple is also expected to announce a new version of macOS, iPadOS, watchOS, tvOS, and the HomePod software. Starting off with macOS 13, leakers say that the next version of macOS will be called “macOS 13 Mammoth.” Apple trademarked the name “Mammoth” alongside “Monterey” last year. Not a lot about macOS Mammoth is known right now, but Gurman claims that the new macOS update will bring redesigned apps and a much-needed overhaul to System Preferences. The new System Preferences app would be more in-line with iOS. It is expected that despite the launch of Apple Silicon Macs, the company will continue to support Macs with Intel processors, and they will also get the latest macOS 13 update.

iPadOS is also expected to gain a lot of features this year. In addition to the iOS 16 features, iPadOS 16 is expected to come with some iPad-only features. Apple is said to be preparing an optimized version of “Final Cut Pro” for the iPad, which could be revealed at the event. In addition to this, Mark Gurman claims that iPadOS 16 will bring “major changes to windowing and multitasking.”

watchOS 9, on the other hand, is expected to be a “significant” update to the Apple Watch Operating system. He says that the new watchOS update would “affect day-to-day operating and navigation. There will be changes to watch faces and the addition of a low-power mode.” Talking about tvOS 9, Gurman says that the new tvOS update would bring “smart-home tie-ins.” With Matter smart home standard set to be unveiled later this year, Apple could be preparing the groundwork for its rollout with the new smart-home tie-ins in the tvOS 9. In addition to iPadOS, watchOS, macOS, and tvOS 9, some software updates for HomePod software are also expected to be revealed at the event.

Historically, WWDC has not been an event where hardware announcements have been made — the event is more about the software side of things. However, things could change this year. Mark Gurman claims that Apple could announce some new hardware products at the WWDC 2022 event. He says that a new MacBook Air with M2 chipset could be introduced at the event. However, COVID-19-related supply chain issues in China could complicate the launch.

Apple’s MacBook Air has been long due for an upgrade. Ever since the company unveiled the first M-series chips, the Apple M1, back in November 2020, the MacBook Air lineup has not seen an upgrade — both in terms of internals and design. The new M2 MacBook Air could bring both a design overhaul and a new M-series chip. Though Ming-Chi Kuo believes that the M2 chip will only be a “minor upgrade over the existing M1.”

Past rumors have suggested that the 2022 MacBook Air will come with an all-new design, MagSafe charging support, no mini LED display, white bezels, and a notch. While the new M2 chipset is said to arrive with a handful of improvements, such as TSMC’s 4nm node process architecture and an overall boost in performance, it isn’t expected to be better than M1 Pro and/or M1 Max in terms of CPU performance . Instead, the leaker claims that it will be an optimized version of the Apple M1, with a focus on better battery life and more GPU cores.

What else could Apple announce?

Apple has been rumored to be working on an AR/VR Mixed Reality headset for quite some time now. A few tipsters have suggested that the company could lay the foundation for its AR and VR products as soon as this summer by announcing its software (or operating system). The company filed a trademark (via MacRumors) for a new software called “realityOS”, which is believed to be the operating system of the company’s AR/VR device. Along with the OS, the company could announce some APIs for developers at the event. A recent report from Bloomberg claimed that Apple could even announce an App Store for the AR/VR products at the event.

The Mac Pro remains the only Apple computer that is yet to be updated with an M-series chip. At the company’s Peek Performance event, Apple’s SVP of Hardware Engineering, John Ternus, said that the transition to Apple Silicon has just one more product to go, “Mac Pro, but that’s for another day.” While the company isn’t expected to launch the new Mac Pro, Apple could use the June event to reveal some more details about a refreshed Mac Pro. A recent report from MacRumors claimed that Apple has a Mac Pro in its pipeline with an Intel Xeon chip, which could possibly be revealed at this event.

WWDC is a fun event not only for developers, but for tech enthusiasts and Apple fans as well. If the leaks and rumors suggest anything, we’re in for a fun-packed event. What are your expectations from WWDC 2022? Which products and updates do you expect Apple to announce this year? Drop a comment and let us know! 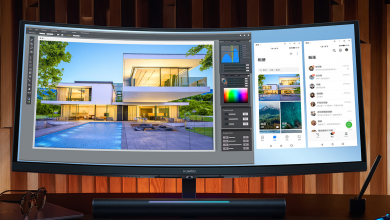 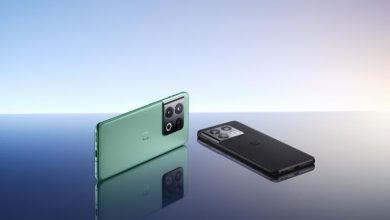 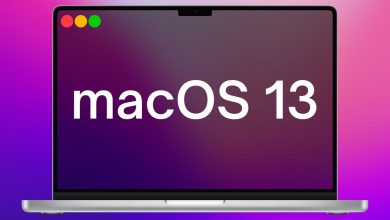 The one factor macOS 13 must sustain with Home windows 11