Funding for U.S. drone makers has just broken another record as Skydio’s investment increases by a Series D round valued at $ 170 million. The Series D round was led by Andreessen Horowitz’s growth fund.

The announcement is the newest chapter in the breathtaking Skydio story. Skydio’s autonomous platform launched in 2019 and was a breakthrough technology for the industry. For the commercial industry, this new level of autonomy enables the precise execution of complex missions – without relying solely on the skills of the human pilot. The company had already received the largest investment round in the drone industry with 100 million US dollars in July 2020: This new round of Skydio investments “brings the total financing to over 340 million US dollars with a current value of over 1 billion US dollars “, It says in the announcement of the company. “With the additional capital, Skydio will further accelerate product development and global sales expansion to support the rapidly growing demand for autonomous drone solutions.”

“The initial wave of corporate drone hype passed many years ago, but we are now seeing that these markets are really mature. Autonomy is key for drones to reach scales and Skydio has established itself as the defining company in this category. We are excited to continue investing in this magical combination of breakthrough technology, rapid growth and an incredible team in a market that is going through a turning point, ”said David Ulevitch, General Partner at Andreessen Horowitz.

“From the moment we met the Skydio team and saw the S2 in action, we knew this was a company that would change the world. Think of all the dangerous jobs that involve ladders, harnesses or helicopters doing work that can now be done much safer and more efficiently with Skydio. Autonomous drones will allow our aging infrastructure to be monitored much more effectively and our first responders will be more situationally aware than ever before, ”said Bastiaan Janmaat, Partner at Linse Capital.

Skydio drones are made in the US, which has also proven to be a major selling point for government customers as the US government moves away from China-made technology platforms. Skydio’s government and public safety solution, the Skydio X2D, has been added to the US government’s Blue SUAS list: a short list of only 5 tested and approved secure platforms. The U.S. government has also cited the recognition of drone technology as an essential platform providing funding to Skydio and other drone companies during the CARES Act pandemic.

However, it’s the autonomy platform that really set Skydio apart – in the consumer, retail, and government markets. “Over the past year, Skydio has made significant progress in all market categories,” the press release said. “From the continued adoption of Skydio 2 by consumers, to the largest drone deal with EagleView for residential rooftop inspection, to the final selection for final integration as part of the Army Short Range Reconnaissance Program, Skydio has been selected in a variety of assignments across construction companies, Traffic departments, energy suppliers and police stations away. Leading companies and public sector organizations including Jacobs Engineering, Sundt Construction, the US Civil Air Patrol, the Ohio Department of Transportation, the North Carolina Department of Transportation, the Boston Police Department, and the Sacramento Metro Fire Department rely on the inspection and search the infrastructure to autonomous drones from Skydio and rescue, situation awareness, emergency measures and many other use cases. “

“This is an important milestone for us as a company, but also for the US drone industry. Together with our customers, we are proving that a US company can take a pioneering role in this industry through AI and autonomy. Things are pretty exciting, but we’re just scratching the surface of what autonomous drones can do, ”said Adam Bry, CEO and co-founder of Skydio.

What’s next? The Skydio investment will be used to accelerate the businesses’ already stratospheric growth. Customers can look forward to the release of the new Skydio X2 and Skydio 3D Scan, the first adaptive scanning software of its kind.

Miriam McNabb is editor-in-chief of DRONELIFE and CEO of JobForDrones, a marketplace for professional drone services, and a fascinating observer of the emerging drone industry and the regulatory environment for drones. Miriam has written over 3,000 articles focusing on the commercial drone space and is an international speaker and recognized figure in the industry. Miriam graduated from the University of Chicago and has over 20 years experience in high-tech sales and marketing for new technologies.
For advice or writing in the drone industry, email Miriam. 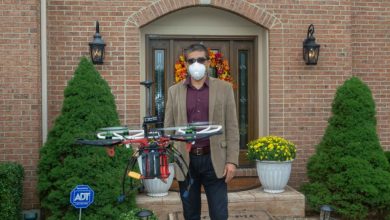 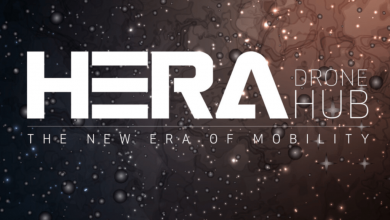 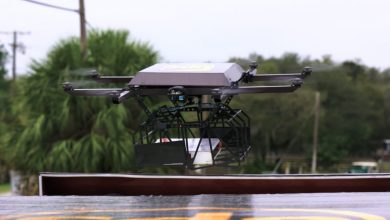