The later version of the DNEST has a smart drone charging control board that allows the drone charging system to work with drones with 3S and 4S batteries. The latest HEISHA DNEST for Autel EVO is based on the Autel EVO II series and is compatible with the 6K, 8K and RTK models. Users can switch between the DJI Mavic and the Autel EVO: According to HEISHA, almost all commercial multi-rotor drones from the two brands are compatible with the charging system.

The latest HEISHA DNEST version is a breakthrough in the industry, according to a press release from HEISHA, allowing different brands of drones to use the same charging platform and enabling a multitude of new applications. The new DNEST is the perfect tool for drone service providers whose fleet can include commercial drones from both manufacturers. For drone operators who use different drones for a variety of applications on a construction site, the DNEST offers a universal solution.

According to HEISHA, the cooperation between Autel and HEISHA has a precision landing success rate of more than 99%. The new HEISHA DNEST for Autel EVO and DJI Mavic offers a new level of autonomy and value for powerful, readily available and lower cost COTS drones.

CEO DroneLife.com, DroneRacingLife.com and CMO of Jobfordrones.com. Principle at Spalding Barker Strategies. Has enjoyed working with and around the commercial drone industry for the past 10 years. Participation and speaker at industry events such as Commercial UAV, InterGeo, Interdrone and others. Proud father of two. Enjoy karate, Sherlock Holmes and interesting things. Subscribe to all drone things at DroneLife here. Email is [email protected] Make sure you whitelist us in your email to make sure you receive our newsletter. [email protected] 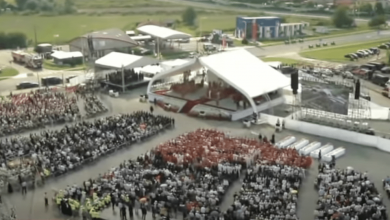 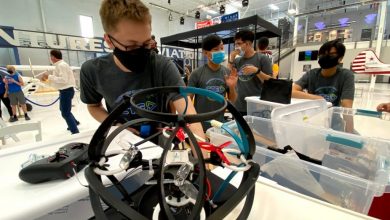 Drone soccer match kicks off in Colorado this weekend