As the nation turns 20

The hybrid online and face-to-face training program that introduces its students to obtaining Part 107 certification from the Federal Aviation Administration as well as starting a drone business typically costs $ 1,299.

Barry Alexander, Founder and CEO of Aquiline Drones, said the company is offering first responders the free program in recognition of all that they have done for their fellow citizens from 9/11 to today.

“We thought they should be equipped with the best tools to do their job efficiently, but also to protect them from harm as much as possible,” he said. “This program aims to teach them superlative skills, but also to celebrate what first responders do for us as a society every day.”

The course teaches everything from Federal Aviation Administration regulations to drone hardware and software to cloud technology. Most of the lessons are conducted online, with a hands-on training component at the end of the distance learning.

Most of the hands-on portion of the course is currently held at Aquiline’s Connecticut headquarters. Said Alexander.

This personal training is crucial in order to provide the trainees with “initial operational experience in order to qualify as a competent and safe drone service provider,” he said.

The time frame for completing the course depends on the suitability and circumstances of the individual and is usually six to eight weeks.

The Flight into the Future training, which Aquiline introduced in spring 2020, consists of a four-stage program. In the first step, the trainees have to master topics related to the drone pilot certification Part 107 of the FAA. Step two introduces students to some of the emerging technologies that are transforming the drone industry, such as cloud and edge computing, the Internet of Things (IoT), and artificial intelligence.

During this step, trainees will be introduced to Aquiline’s Command and Control (C2) platform, a cloud-connected drone operations management service operated by AD Cloud, a hybrid cloud for drones with special edge capabilities.

In the third step, the trainees acquire knowledge of commercial drone applications with the help of an advanced flight simulator. In this training module, industry experts provide in-depth treatments on specific applications such as videography, facility inspection, surveying and security.

Step four offers trainees the tools they need to set up their own company in the drone sector. Aquiline Drones also provides apprentices with essential services based on their individual preferences. Training courses on various topics – starting a company, leasing drones and other equipment, insurance, maintenance plans and marketing – are offered à la carte to the trainees.

First responders who apply for the free training can take advantage of the program’s special training in the use of drones in the firefighting and law enforcement professions, Alexander said.

In addition to the free training program for first aiders, Aquiline also offers drones and associated equipment such as camera sensor packages at reduced prices for the police and fire brigade.

The tuition-free first responder program, which is slated to run through the end of 2021, is an extension of the mission to train the next generation of drone pilots and technicians that Aquiline took on when it launched the Flight-to-the-Future program last year, Alexander said .

“With drone technology being relatively new, we saw the need to provide appropriate training to people who were unemployed, underemployed, displaced, or looking for a career change,” said Alexander. “As for 9/11, we saw the need to offer it free to law enforcement, firefighters and other first responders at the national level.”

In a statement, Alexander noted that first responders have long viewed drones as their eyes in the sky and used them in emergency situations in a variety of ways, including search and rescue, crime scene analysis, mapping, active rifle investigations, incident monitoring and accident reconstruction.

In case of emergancy In situations where seconds count, drones can be sent ahead of the first responders to assess the situation on site and to give the emergency services a critical advance warning. Drones are also designed to deliver critical medical supplies and equipment to victims who cannot be reached in time for a human to save their lives.

When emergency calls involve criminal activity, drones can be deployed before the police arrive to provide first-person visibility and real-time situational awareness. Drones can capture images of ongoing criminal activity, provide live footage of first responders from the scene, and even record video or still images of criminals who left the scene before law enforcement arrived.

Jim Magill is a Houston-based writer with nearly a quarter of a century of experience relating to technical and economic developments in the oil and gas industry. After retiring as Senior Editor at S&P Global Platts in December 2019, Jim began writing about new technologies such as artificial intelligence, robots, and drones and their contribution to our society. In addition to DroneLife, Jim is a contributor to Forbes.com and his work has been published in the Houston Chronicle, US News & World Report, and Unmanned Systems, an Association for Unmanned Vehicle Systems International publication. 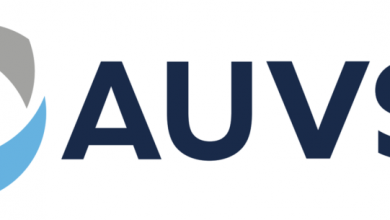 AUVSI Member of the 12 months Dr. Will Austin of WCCC 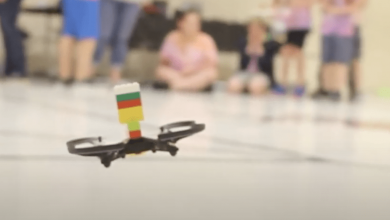 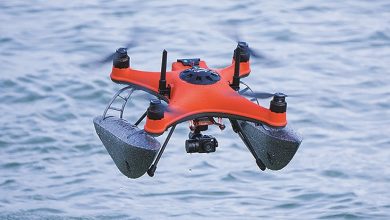 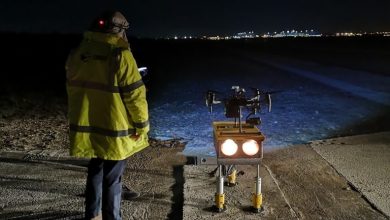