The XPS 13 has long been one of the best laptops in the world not to wear and Apple logo, and that’s a trend Dell would like to see continue. That’s why it has just given the ultraportable a major makeover for 2022, bringing latest-gen Intel processors, an uprated webcam and an even more streamlined design.

Last year’s XPS 13 was already something of a featherweight, but the new one goes even further, from 1.19kg to 1.17kg. It’s thinner, too, at just 13.9mm – made possible by a ground-up internal redesign that required a motherboard 1.8 times smaller than the outgoing model’s. That left room for a set of uprated speakers (a weak point of the old XPS 13) and should prevent the keyboard from getting toasty after prolonged use.

There’s Alder Lake-P silicon under the hood, which in Intel-speak means they are ultrabook-friendly versions of its 12th Gen Core chips. There’s a choice of i5-1230U and i7-1250U at launch, with both having a 10-core arrangement split between two power cores and eight efficiency cores, and Iris Xe integrated graphics. Dell Reckon’s battery life will range from six hours of video playback on a top-spec version with a 4K display, to 12 hours on a more conservatively specced i5 model. You can opt for 8, 16 or 32GB of memory, and 256, 512 or 1TB of SSD storage.

It doesn’t look like OLED displays are on the menu, at least to begin with. Instead there’s a choice of 1920×1200 and 3840×2400 LCDs, either with or without touch support. The built-in webcam now knows when you’re in front of the laptop, automatically logging you in with Windows Hello, and locking it when you go somewhere else. Low light performance has apparently taken a big step up from the old XPS 13, too.

ExpressSign-In tech that uses a proximity sensor in combination with the Windows Hello facial recognition-capable webcam to detect when you’re in front of the laptop and automatically log you in, as well as lock it when you walk away or dim the screen to save battery life while you’re looking at something else.

The US and Canada are first in line for the new models, which start from $999 (around £800) or $949 (£750) if you’re happy to swap Windows for Ubuntu Linux. They’re shipping from today, Sky and Umber colours. There’s no word on when other territories will be getting in on the action though.

Know when to fold ’em

Dell has also given its transforming XPS 13 2-in-1 some love, so as to better compete with Microsoft’s Surface line-up and Apple’s range of increasingly productivity-focused iPad Pros. It’s now a tablet with a magnetic keyboard cover, instead of a reverse-folding laptop.

The fold-out keyboard cover is optional, rather than bundled in the box, and can be adjusted to 100, 112.5 and 125 degree angles for working. There’s also a stylus accessory that magnetically clips onto the top of the tablet to charge.

Internally it gets the same 12th-gen Intel chips as the XPS 13 laptop, up to 16GB of RAM and as much as 1TGB of SSD storage. Connectivity takes a hit, with just two USB-C/Thunderbolt 4 ports. There’s no microSD card reader or 3.5mm headphone port any more, but Dell is planning to ship a pair of dongles in the box.

If you want go-anywhere connectivity Dell will also sell you a version with built-in 5G. It swaps the machined aluminum back of the regular model for Gorilla Glass.

The XPS 13 2-in-1 isn’t quite ready for prime time yet, with Dell saying it’ll launch later this summer. Prices have yet to be revealed. 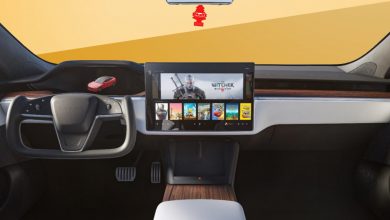 Tesla Autopilot vs Full Self-Driving: what is the distinction between the self-driving modes? I do know you bought Seoul: Urbanista’s in-ears are for style-savvy players 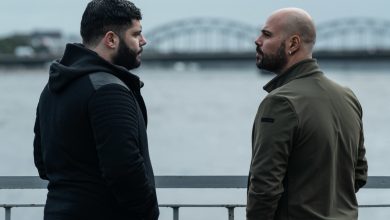 greatest issues to observe in 4K on Sky Q 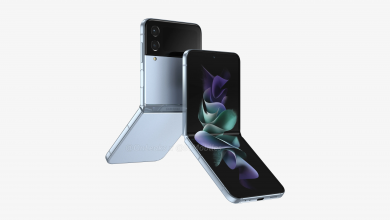 Flippin’ heck: is that this the Samsung Galaxy Z Flip 4?