Here at DRONELIFE, St. Patrick’s Day is a corporate holiday in other years: our CEO holds an Irish passport, and our hometown Boston usually celebrates Evacuation Day (check it out) as a reason to take the day off. This year is different – but the St. Patrick’s Day drone show over the night sky in Dublin presented a moving message of hope and unity as traditional festivals closed.

“Orchestra of Light” is a short film produced by St. Patrick’s Festival, Tourism Ireland and Dublin City Council. The film was shot in Dublin in early March. Intel and Actavo Events collaborated on the film depicting Intel’s first drone light show in Ireland. The St. Patrick’s Day drone show features 500 Intel drones that form a series of animations. It’s a beautiful piece of film art: and demonstrates the ability to operate swarms of drones in incredibly precise and elaborate patterns.

“Although there are no public St. Patrick’s Day celebrations in Ireland and around the world this year, the Orchestra of Light invites the audience to enjoy a spectacular world-class event comfortably and safely in the kitchen and living room,” said the makers. “… A series of animations designed by St. Patrick’s Festival and Aiden Grennelle tell a powerful story of love, hope and home, while Celtic knots, musical instruments and Irish dance depict the global reach and love of Irish culture, that of Millions is celebrated every year on March 17th. “

“The short film is produced by ShinAwiL and directed by Irish composer Eimear Noone and her husband Craig Stuart Garfinkle. Together with the RTÉ National Symphony Orchestra, the duo have worked with the Irish band Picture This, which includes an orchestral remix of the band’s latest single ‘Things Are Different’. “

Genius NY is in search of startups: Million Greenback Accelerator 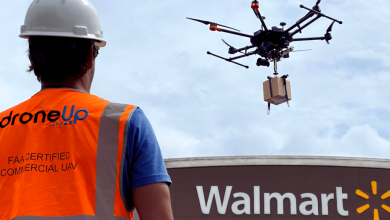