Surrey police have urged parents to remind children to be vigilant after an 11-year-old boy was approached by a man who asked for his address and offered him an elevator home.

The boy was alone at the skate park in Ashtead Recreation Area on Barnett Wood Lane at around 5:30 p.m. on March 2nd.

Police said he was approached by the man on a scooter. The man also asked if the boy wanted a new scooter.

The boy then called his mother when the man was talking to two older girls. Then the man set off in a “white van”.

A Surrey Police spokesman said: “We urge parents to remind their children to be vigilant after it was reported that an 11-year-old boy was killed by a man at an Ashtead skate park on Tuesday evening (March 2nd) was addressed. ”

When you sign up for the SurreyLive newsletter you will receive our daily news email.

It couldn’t be easier and it takes seconds – just press here, enter your email address and follow the instructions.

You can also type your address in the box below the picture at the top of this page on most desktop and mobile platforms.

Did you change your mind There is an unsubscribe button at the bottom of every newsletter we send out.

The man is described as white, 30 to 40 years old, about two meters tall, of average build and wears a vest.

Vinny Wagjiani, Detective Inspector, Mole Valley Borough Commander, said, “While we do not want to raise unnecessary concerns, we are investigating this incident to determine exactly what happened.

“We want to reassure the local community that we are taking this report seriously and that we have stepped up patrols in the area.

“We ask parents to remind their children to be vigilant, especially when they return to school next week, and to report any concerns to us immediately.”

The investigation is still ongoing to determine the circumstances.

If you witnessed the incident or have any other information, you can contact the Surrey Police via DM and quote the reference number PR / 45210021690. 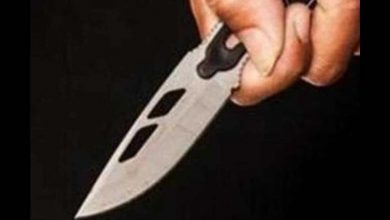