E-scooters could get a boost as the Biden administration tries to promote sustainability through various modes of transport.

“I firmly believe that our cars are not only greener, but that people have different options for getting around,” said Transport Secretary Pete Buttigieg on Bloomberg Radio last month.

Scooter companies have focused much of their government work at the local and state levels, but that is changing. O’Keeffe Shahmoradi Strategies, a consulting firm, signed up in the first quarter of this year to lobby on behalf of Spin, an e-scooter company that Ford Motor Co. bought in 2018.

Spin pushes federal politics because the timing is right given the apparent interest of the Biden government, said Brian No, the company’s public policy director. He said he was “cautiously optimistic” that lawmakers would consider adding scooter-related legislation to the Autobahn Act, which will have to be re-approved in September.

“What we’ve heard from the administration is that they see micromobility as one of the elements to solve our infrastructure problems and tackle our climate change agenda,” said No.

Scooter companies are demanding that several recently introduced bills be updated before they become law. The bills would apply to bicycles or e-bikes, and companies are hoping that lawmakers will include scooters as well.

The E-BIKE Act (HR 1019) (Electric Bicycle Incentive Kickstart for the Environment) was recently introduced to encourage the use of e-bikes through a tax credit for consumers. A Bird spokesman said he wanted to see legislation expanded to include e-scooters.

Caroline Samponaro, director of transit and micromobility at Lyft Inc., said the company is focused on two pieces of legislation: the Commuter Cycle Act (HR 384), which would give pre-tax commuter benefits to bicycle commuters; and the Bikeshare Transit Act (HR 382), which would challenge systems for sharing bicycles and scooters for federal transit dollars. These calculations are also given priority for Spin.

“We have built our transportation system around the single occupancy vehicle and to change that we need to incentivize and provide benefits to people who will make a different choice,” said Samponaro.

Nico Probst, director of government relations at Lime, said the commuter benefits law should also be changed to make scooters questionable. Probst said the conversations with members of Congress so far about the inclusion of micromobility have been encouraging and something that probably wouldn’t have happened a few years ago.

Federal funding for cycle paths and widened roads is also a priority for manufacturers of electric scooters and bicycles. Laws like the Full Roads Act would allow local authorities to apply for funding to build projects such as sidewalks, bike paths, crosswalks and bus stops.

Electric scooters and bicycles are replacing the millions of trips that would be made by car, and transportation and tax policies must reflect this “new reality,” Rep. Count Blumenauer (D-Ore.), Co-chair of the Congressional Bike Caucus, said in an email.

“This is an approach I continue to support as I work to legislate my committee’s transformation infrastructure for this Congress,” he said in an email.

The government’s climate goals will also help shape the infrastructure package, including a pledge to install more than 500,000 electric vehicle chargers by 2030. The companies see the possibility of including micromobility in this push towards electrification.

When it comes to electrifying bike parts, Lyft already has roadside properties that could be electrified with federal funding through grants.

“We want to make sure we’re not just talking about automobiles,” said No. “We want to be included in the ongoing deliberations, discussions and conversations about the need to strengthen the electrification of our nation.”

How to contact the reporter about this story: Lillianna Byington in Washington lbyington@bloombergindustry.com

To contact the editors responsible for this story: Sarah Babbage at the sbabbage@bgov.com;; Zachary Sherwood at the zsherwood@bgov.com;; Robin Meszoly at the rmeszoly@bgov.com 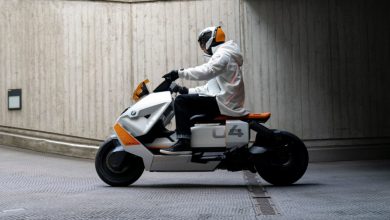