When it comes to pocket-friendly aircraft, DJI has long been a leader. From the Mavic Mini to the Mini 2, its cute drones remain the birds to beat. But there’s a new quadcopter kid in town – and Autel is after the crown.

Autel’s Evo Nano series, which will be shown at CES in Las Vegas, has the technology to keep up with the DJI Mini 2. Pre-programmed video modes promise cinematic recordings at the push of a button, while a three-axis gimbal means that the footage should be stable in headwinds. And with a weight of 249g, the nano-drones are ready to go without registration.

Like DJI’s miniature machines, both the Evo Nano and Evo Nano + can be folded up for compact travel. But unlike the DJI Mini 2, they also have three-way obstacle avoidance sensors – so first-time flyers should be less likely to land in a bush.

A larger 1 / 2.8-inch sensor delivers 50 MP still images with larger pixels and a large aperture of f / 1.9 that promise great results even in low light – an area where most drones typically stumble . The Nano + also has a combined autofocus system with phase detection and contrast detection, which ensures that the images are always sharp.

Both models benefit from intelligent subject tracking that can capture pets, friends and passing traffic, while HDR is available to get the most out of every scene. A flight time of 28 minutes is also good compared to the competition, while a range of 10.2 miles goes well beyond line of sight restrictions.

Only a full review will show how the Evo Nano fares in flight, but the datasheets suggest DJI has a rival for sky-high supremacy. 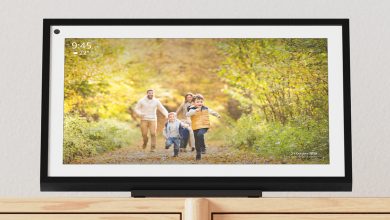