UPS has announced that it will purchase electric BVA (Vertical Takeoff and Landing) aircraft from BETA Technologies (BETA) and expand its flight service to small and medium-sized markets. “These planes will take off and land whisper-quietly at UPS facilities on the property, reducing transit time, vehicle emissions and operating costs,” the announcement said.

For the drone industry, the decision could indicate the future of drone delivery in the supply chain on a large scale. “BETA’s aircraft are designed to one day operate autonomously when technologies and regulations are set,” the announcement said. UPS Flight Forward has received the US Federal Aviation Administration’s (FAA )’s first Part 135 Standard Airline Company certification operating a drone airline and operates daily revenue-generating drone flights. FAA certification also enables UPS Flight Forward to fly payloads of up to 7,500 pounds. either with an operator or autonomously. “

The BETA aircraft have a load capacity of 1,400 pounds and can quickly move supplies that would otherwise fly in small fixed-wing aircraft. According to UPS, the VTOL aircraft will serve healthcare providers, small and medium-sized businesses, and other businesses in small communities. “With a range of 250 miles and cruising speeds of up to 170 miles per hour, UPS can plan a number of short or long routes with a single charge to meet customer needs,” the press release said.

“This is all about innovation with a focus on ROI for our business, our customers and the environment,” said Juan Perez, UPS chief information and engineering officer. “These new aircraft will create operational efficiencies in our business, open up opportunities for new services and serve as the foundation for future solutions to reduce the emissions profile of our air and ground operations.”

“We combine simple, elegant design and advanced technology to create a reliable, zero-operational emissions aircraft that will revolutionize the movement of cargo,” said Kyle Clark, founder and CEO of BETA. “By using vertical take-offs and landings, we can turn relatively small spaces in existing UPS systems into a micro-air supply network without the noise or operational emissions of conventional aircraft.”

UPS also plans to use BETA’s charging station, which will charge the aircraft in less than an hour, for quick handling of cargo loading and unloading.

BETA plans to deliver the first 10 aircraft in 2024. The company completed an interstate flight last month from its testing facility in Plattsburgh, NY, to its headquarters in Burlington, VT. 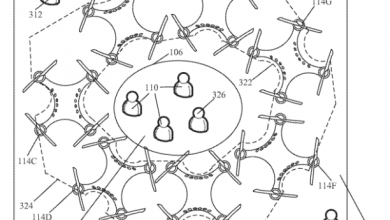