Walmart and Zipline today announced the launch of their new instant delivery service in Pea Ridge, Arkansas, where the service will deliver on demand selected health and wellness and consumables from the Walmart neighborhood market.

“Zipline’s autonomous aircraft are an incredible opportunity to offer customers an on-demand delivery option for the items they need now, such as a thermometer, over-the-counter medicine or an emergency diaper pack,” said Tom Ward, senior vice president, Last Mile Delivery, Walmart US “Zipline’s aircraft can do even more to ensure that hard-to-reach and vulnerable populations, such as rural communities and the elderly, have instant access to the items they need. By bringing this breakthrough technology to the rural community of Pea Ridge, Arkansas, we continue to seek ways to make shopping at Walmart convenient and easy – for everyone. “

Following the service’s initial announcement last fall, Walmart and Zipline worked together to build a unique 25-foot platform that will serve as take-off and landing infrastructure. The platform is right behind the Neighborhood Market and is home to several of Zipline’s autonomous planes as well as flight operations personnel. Zipline’s aircraft are capable of covering a radius of 50 miles at full capacity.

A Walmart employee then hands the packaged product to Zipline’s staff, who prepare the aircraft for takeoff. The aircraft then flies to the customer’s home, where it drops off the package and returns to the platform. The delivery status can be tracked via the zipline app.

“We saw firsthand the impact immediate logistics can have in making important, even life-saving products available at short notice,” said Keller Rinaudo, Co-Founder and CEO of Zipline. “At the same time, the past two years have demonstrated the need to bring health products closer to the home, where they are more easily accessible. Working with Walmart, we can bring this type of service to Northwest Arkansas and show what the future of health access looks like. “

“Just two weeks after Walmart launched its autonomous truck delivery system in northwest Arkansas, the company is starting its autonomous aircraft service,” said Governor Asa Hutchinson. “Walmart and its partners like Zipline are using customer-friendly technology at such a rate that the future is becoming a reality much sooner than many Arcansan would have thought possible.”

Zipline was first put into operation in 2016. Since then, the company has made more than 200,000 commercial deliveries of over 4.5 million medical supplies and served more than 20 million people in multiple countries.

Read about delivering medical drones via Zipline, funding, responding to COVID-19, and partnering with Walmart. 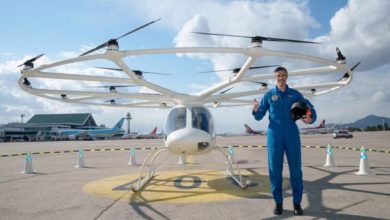 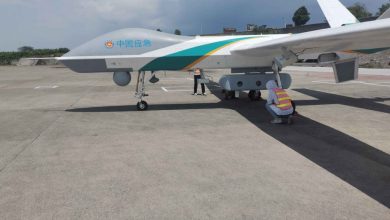 China makes use of drones to revive communications

SGI waivers: FAA professional on how they work