There are some rumors that the next generation of iPhones – the iPhone 14 series – will not have a SIM card slot in the device. The rumor has been confirmed by well-known and reliable leakers, and it’s likely that we won’t see another iPhone with a SIM card slot in 2022, but what does that really mean?

Before we get to the explanation of what this means for you, we should first clarify what it will be replaced with, after all, you will need a new form to connect to the Internet, send messages and make phone calls. This is where the eSIM comes in, allowing users to do exactly what a traditional physical nano SIM card could do.

You might be wondering why an eSIM is better than a physical SIM card, and in short, it’s not really any better, but it can be set up a lot faster by scanning a QR code when setting it up. The manufacturers could replace the SIM card slot, for example, with a larger battery or a better vibrator motor that takes up more space. Removing the SIM slot would also mean that you wouldn’t have to have a SIM eject tool handy to swap out your SIM card when you buy a new device or switch to a different network. In addition, it would likely improve the integrity and structure of the device as well, since there is less one way to get inside the smartphone, and it could also improve the water and dust resistance.

What is a SIM card?

The SIM card (short for Subscriber Identity Module) is an integrated circuit that runs a Card Operating System (COS) that can securely store the phone number and other authentication keys used by carriers to identify you. The idea for similar products was born in the 1960s, but the SIM card itself was “developed in 1991 by the Munich smart card manufacturer Giesecke & Devrient, who sold the first 300 SIM cards to the Finnish mobile network operator Radiolinja” – Wikipedia. SIM cards are widely used in smartphones, tablets, some notebooks with mobile chips, cameras, computers, smartwatches and much more.

What is an eSIM?

Development of SIM cards. eSIM on the right. Source: Telekom

eSIM is ultimately the same as a physical SIM card, except that it is embedded in a mobile device. It can still connect to your operator’s network, handle calls, send and receive messages, and connect to the Internet. The main difference is that it is a software solution, not a physical one. You can activate any eSIM on any supported device by installing your eSIM profile, which will automatically configure the device to support the network for sending and receiving data.

How will the transition to eSIM affect me?

Moving to eSIM technology has many advantages, many of which will make our lives easier in the long run, but there are also some caveats and disadvantages that it introduces.

Let’s start with the benefits of eSIM:

Since it’s not a physical card, it’s easier to switch cellular networks. You don’t have to order a new SIM card and wait a day or two for it to arrive. No need to hold the ejector tool and always remember to have it with you when you travel. It makes the switch a lot easier as all you have to do is install a new profile and finish the day. Many wireless carriers also offer both physical and eSIM versions. If you have a supported device, you can check your local network to see if they support both your device and eSIM in your area.

Most high-end smartphones, including the iPhone Xs and higher, Samsung Galaxy S20 series and higher, Google Pixel 3 and older generations, already support eSim in addition to the physical nano SIM card slot. When traveling abroad and getting a new SIM card for internet access, you can either simply insert the card or install the profile without having to eject your current “home” SIM card that is in your device. The same principle works with devices without a SIM card slot, as many eSIM devices support multiple profiles, often up to 5. This brings us to the next point: You can not only install more eSIMs in a single device, but also seamlessly between them switch. You could have your personal and business SIM cards on the same phone, and another one with unlimited travel plans and a different one for a few family members.

The disadvantages of using eSIM:

There are some important drawbacks to using eSIM, some of which are due to your region and local laws, which could make it a less suitable option and which could limit the use of their devices by some users.

Installing and activating an eSIM is quick and easy and doesn’t require any additional tools, but what if your device is lost or the smartphone is broken – maybe water damage? Well, that’s a bit tricky as all of the information is stored on the device itself and you can’t just open it with an ejector tool. It is designed to seamlessly connect to the phone’s operating system, which communicates with the network operator and its network settings to set up and provide the service.

For the more privacy conscious, you can’t just eject an eSIM, it will always be embedded in the device and a user can only turn the device off in some situations. For those worried about tracking, the only option is to turn off Wi-Fi, data, and turn on airplane mode. As a counter-argument, the eSIM, which is always integrated in the device, makes it easier to find the phone in the event of theft, as thieves cannot physically eject it in order to hide.

Another reason eSIM could be bad is because of local laws. For example, in the UK, cellular operators are not allowed to sell locked devices, which means companies can’t lock eSIMs on certain devices, which could prevent people from selling smartphones on the used market for quick buck. Some countries may not find this important and so wireless carriers may prevent the sale of contract devices.

Should I take care of switching from physical SIM cards to eSIM?

Technically, there is no need to worry about the changes ahead as most of the technology is already in place and it will be years before all physical SIM support is removed from devices. The transition will likely take 3-5 years, as it did with the 3.5mm headphone jack, and it won’t happen overnight. Low-end and mid-range devices are likely to keep the nano SIM card slot for years to come, and it will slowly fade and become a thing of the past.

Cellular carriers will likely continue to offer SIM card support for many years to come as there are many smartphone collectors out there, but mainly to support the hundreds of millions of existing devices in the market that people use every day to make calls and connect with others. It is also unlikely to be removed by satellite devices, which are likely to continue to have the SIM card slot as a more reliable solution for researchers and engineers.

I believe that the eSIM switch will have a lot more pros than cons in the near future, and most of the cons and issues will likely be addressed in a short period of time. Network operators will offer more support and set up dedicated hotlines to resolve problems as quickly as possible as we move to this new standard, and most of the infrastructure is already in place on most carriers’ networks. Problems such as a broken phone situation need to be resolved quickly. Many companies already offer a one-stop-shop through a mobile app or the web that users can use to manage their accounts and plans, and I see no reason why eSIM support shouldn’t be any different from existing solutions. **

The iPhone 13 is Apple’s standard smartphone for 2021. If you are looking for an experience that will remain fast and fluid for years and that does not lack any hardware front, this is the right device. 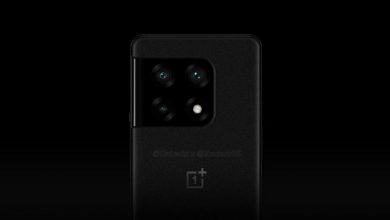 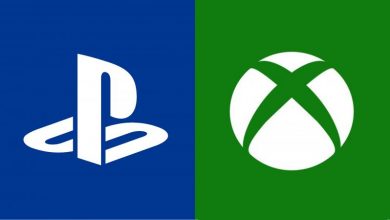 Sony is about to launch an Xbox Recreation Go competitor