Alphabet’s Wing new drone prototype will increase the payload weight – significantly increasing the variety of items that can be delivered by drone.

In a blog post, Wing CEO Adam Woodworth wrote that Wing is developing an “aircraft library” – a “variety of different vehicles tailored for specific use cases.” Having proven the viability of commercial drone delivery, Wing is now working to address supply chain issues through the ecosystem – from the delivery of one small bottle of medicine to the delivery of larger objects.

Woodworth’s blog post is a fascinating read. In it, Woodworth explores the concept of efficient delivery, matching the mass of payload to the mass of the vehicle in a reasonable ratio. When you use a huge vehicle to deliver a small object, you use more energy and resources than are necessary.

Moving away from that ratio means excess aircraft for the goods being carried, translating to more cost, more energy, and more materials spent. This can create a spiral: extra hardware necessitates a bigger plane with more battery and bigger motors, which, in turn, requires an even bigger plane with even more battery and even bigger motors. Cars, which perform most of today’s on-demand deliveries, are the ultimate example of this mismatch, where the stuff being carried represents less than 0.1 percent of the mass of the vehicle.

Using the components and software resources that Wing has already developed, the company will develop a suite of aircraft to address different payload sizes, increasing the efficiency of the delivery cycle.

Wing has already worked in Australia, the US, and elsewhere to develop the systems and infrastructure that make commercial drone delivery practical for both companies and consumers. Rather than partner with one specific retailer, Wing services are available to a large variety of retailers: from medical providers to independent coffee companies. With Wing’s new drone prototypes and the concept of the aircraft library, Wing is acting as a primary mover in changing supply chain logistics – adding aerial vehicles to the mix just as trucking or car courier companies work on the ground. 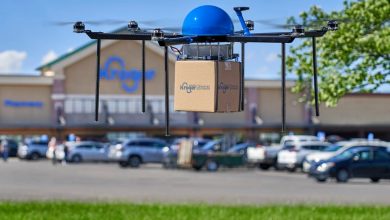 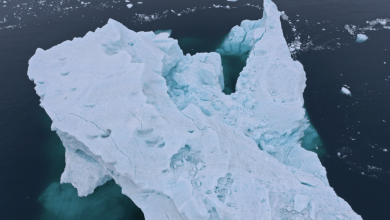 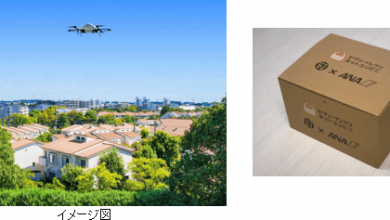 Drone supply for 7-Eleven in Japan 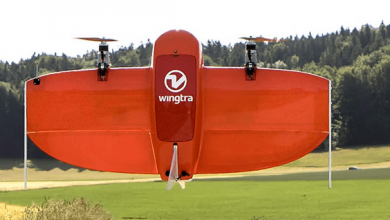