Russia’s assault on Ukraine is being felt worldwide, and the U.S. health care system is not immune.

Both Russia and Ukraine are powerhouses in supplying certain commodities — in this case, ammonium nitrate and natural gas. These commodities, after being refined, can produce two gases crucial for the health care system: nitrous oxide, popularly known as laughing gas, and helium. They are used in millions of procedures each day. And crimped supplies could make every root canal that much more painful and every MRI scan that much pricier.

“The shortages we are experiencing now have been years in the making and are therefore a surprise to no one,” said Wally Hopp, a University of Michigan professor who specializes in the medical supply chain. Hopp led a group convened by the National Academies of Sciences, Engineering, and Medicine to deliver a March report on securing supplies for U.S. industries.

These problems could’ve been addressed earlier by government and the private sector, Hopp said. “But now they can only scramble to cope with the crisis with the health of American citizens at stake,” he added.

The years since the pandemic began have been punctuated by supply chain problems. The baby formula shortage — which began after a Michigan factory was closed because of contamination concerns — is only the latest. Hospitals are facing a scarcity of contrast dye used in diagnostic scans, the result of a covid lockdown at the Shanghai plant where most of it is produced. As a consequence, hospitals from New Jersey to Washington state have been trying to ration scans for the most serious cases. And early in the pandemic, the scarcity of personal protective equipment for front-line health care workers was a defining characteristic of the unprepared and haphazard response to covid.

Such shortages are among the most-pressing patient-safety problems today, ECRI, a safety organization, said in a January roundup of the top safety concerns of the year. Shortages ranked second. “Unavailability of products could result in an inability to treat patients and protect staff, which could lead to injury, illness, or even death for both patients and clinicians,” the roundup said. It noted that many areas have few key suppliers, meaning that a problem in a far-off corner of the world could send dominoes falling into the U.S. health care system.

The impact is being felt in the guts of body scanners and other medical machines.

“Helium is a terrific element for diffusing heat,” said Bob Karcher, a contract services executive for Premier, a company that offers group purchasing services to providers. “It’s used in large MRIs and CTs, to draw heat away from the source.”

Hopp said the helium supply has been constrained for some time and that the war exacerbated the problem.

Russia is now sending relatively smaller amounts of natural gas to Western countries. That has prompted other countries to transport gas to those nations via pipelines, rather than shipping it in liquid form. These decisions affect the helium supply, as converting natural gas into a liquid entails removing trace helium, so shipping by pipeline has the unintended consequence of reducing the amount of helium for industrial use.

Other idiosyncratic factors also negatively affect supply: For instance, a Texas facility that produces helium keeps getting shut down for safety violations.

All of that together means higher costs for providers. Hopp said he had seen estimates that helium costs were about $34,000 per MRI machine in 2019. “It’s certainly higher than that now and heading higher,” he said. “Worse, I’ve seen speculation from health systems that the shortage may get serious enough to force them to shut down MRI machines.”

David Facchini, director of radiology at Yale New Haven Hospital in Connecticut, said the effects would likely hurt community hospitals the most. In the long run, he suggested, manufacturers may build machines that don’t need helium. But that’s “months to years away,” he said.

Helium isn’t the only gas to run short. Nitrous oxide is used primarily by dental offices during surgeries. About 40% of ammonium nitrate — laughing gas’s source — comes from Russia.

Premier is “seeing price pressures, rising costs,” said Donna Craft, a senior director. That’s likely to hurt dental practices, which generally get an allotment based on normal and customary use. As the country emerges from the pandemic shutdowns, that baseline might be too low for practices seeing more patients or trying to expand.

What’s more, Karcher warned, the medical sector might find securing scarce gases to be tough. Suppliers might prefer to shop their wares to higher bidders outside health care.

ECRI says health care providers relied on a “just-in-time” inventory strategy — that is, to purposely keep supplies in low stock to avoid storage costs. That strategy is reasonable when everything’s tranquil. It’s less tenable when there’s a major land war and a pandemic.

Because these snarls are the product of decisions made years ago and solving them requires more than some quick stitch-up work, short-term reactions are “usually too little, too late,” Hopp said. “Once a full-blown supply shortage is underway, the options available to the government are narrow.” 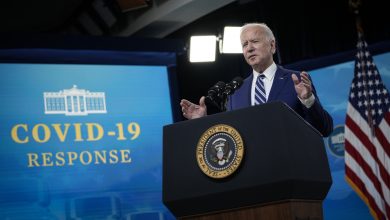 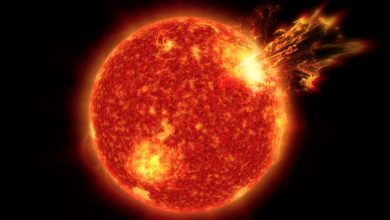 Research suggests {that a} “Photo voltaic Tsunami” might wipe out the web fully inside a decade. – Guerin Inexperienced 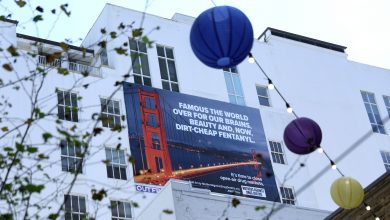 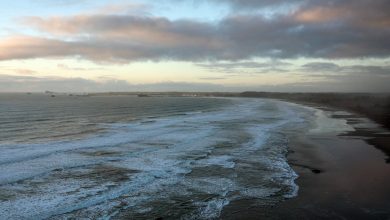 ‘I Simply Need to Keep in One Spot’: From Homeless to Housed in Rugged Del Norte