In this in-depth interview, meet Michael Kügelgen: one of the aerospace pioneers behind eMagic Aircraft’s ultralight eVTOL.

The following is a guest post by Max Lenz, Executive Editor and project manager at the Berlin-based DroneMasters boostGmbH and editor of the weekly DroneMaster’s briefing. The 61st DroneMasters Meetup is happening February 2, 2022 – and DroneMasters is offering DRONELIFE Readers a 10% discount! Register here to attend. DRONELIFE neither makes nor accepts payment for guest posts.

In November 2021, at the European Rotors in Cologne, the eMagic One, an ultralight eVTOL, was presented to the public for the first time. Until then, the project has gone largely unnoticed.

The eMagic One is the prototype of the company eMagic Aircraft, represented by two pioneers in particular. One is Thomas Senkel, who can undoubtedly be called a pioneer of crewed vertical mobility. As co-founder of e-Volo, which later became Volocopter, he was the first person in history to take off in an electric multicopter. The accompanying images with the adventurous-looking construction have since become an icon of the development history of vertical mobility.

The other face of eMagic Aircraft is Michael Kügelgen. He is also an outstanding expert in his field, which primarily involves developing and constructing ultralight aircraft and manufacturing special parts. With his company, MK Technology, he has developed new manufacturing processes and even a production line for Elon Musk’s space company SpaceX that manufactures parts for rocket engines.

In 2018, Thomas Senkel and Michael Kügelgen finally teamed up to develop an ultralight eVTOL, the eMagic One. It can take off and land in airplane mode as well as vertically, covering several possible applications at once. On 2nd February, Michael Kügelgen will talk about the project and future plans at the 61st DroneMasters Meetup.

Surprisingly little time has passed from the first idea of ​​the eMagic One in 2018 to a flyable version in fall 2021. The reason is, on the one hand, the parallel development of the aircraft and vertical drive, which the inventors merged into a single unit in a later phase of the project; on the other hand, Kügelgen points to the decades of experience in aircraft construction as well as a good network of specialists. These include, for example, the brothers Matthias and Thomas Strieker, who worked on the structure and safety of the eVTOL, and Richard Krüger-Sprengel. He manufactured the propellers with his company Helix Carbon. In addition, Kügelgen claims to have tested every development step with 1:2 and 1:4 models.

So far, the eMagic One has been tested in airplane mode and vertical flight, but the transition between the two phases is still pending. According to reports, other manufacturers are having great difficulty making this transition smoothly. However, Michael Kügelgen is relaxed about this challenge: “The flight attitude control has been extensively tested and optimized in a so-called 1:1 hover platform. In October 2021, the eight rotor units were integrated into the aircraft and successfully flown. As soon as the weather permits, at the latest in spring, the first transitions are to be flown.”

The development of the eMagic One could soon be completed. According to Kügelgen, the forward and reverse transitions are the final development milestones and will be perfected this year. After that, small-scale production is on the agenda, because according to Kügelgen, “There is an amazing amount of interest in eMagic One as a sport aircraft. In parallel, we intend to derive a drone from eMagic One.” So eMagic One could also become a UL class transport drone, which would open up yet more prospects.

But that is not the end of the story. Based on the eMagic One, the eMagic Next is to be developed, an eVTOL for a total of three people. That is no longer possible in the UL class. “The eMagic Next, therefore, has to be EASA certified, which will be complex, lengthy, and costly. In part, the standards for this still have to be defined and developed.”

So, it’s undoubtedly worth keeping an eye on eMagic Aircraft’s activities. Already, the company is an impressive example of how small teams can play a key role in shaping the development of vertical mobility. At the 61st DroneMasters Meetup on 2nd February 2022, Michael Kügelgen will provide further insights into eMagic Aircraft’s activities and answer questions from the audience.

The DroneMasters Meetup is your opportunity to learn more about new technology and new progress in the drone industry. Don’t Forget: DRONELIFE Readers get a 20% discount on tickets using the code “DroneLife.” Register today! 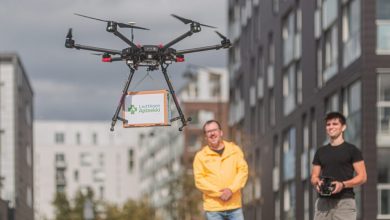 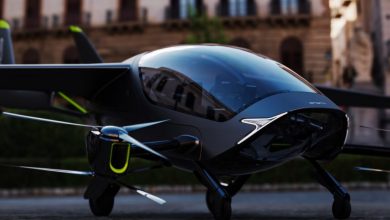 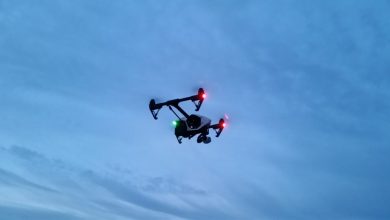