LightWare LiDAR from the USA has announced the smallest and lightest microLiDAR in the world: the new SF45. Lightware says the SF45 microLiDAR could provide drones with the “eyes” they need to detect obstacles and safely navigate beyond the line of sight (BVLOS).

LightWare LiDAR “takes autonomous machines to a whole new level by making them as invincible as they need to be with its new SF45 microLiDAR, the smallest and lightest scanning LiDAR sensor in the world,” said a company press release. “By giving machine eyes to the SF45, high-priced Unmanned Autonomous Vehicles (UAVs) can do their jobs with less disaster risk, including safely delivering their equally valuable and often life-saving payloads.”

Philip Constantine, CEO of LightWare LiDAR LLC, explains: “The SF45 democratizes machine perception and brings vision, security and practicality to even the smallest unmanned systems. Autonomous machines do not have 3D depth perception, so they cannot understand unexpected features. Our sensors give them eyes that can even see around the corner. “

LightWare says the SF45 microLiDAR sensor is smaller and lighter than any other LiDAR sensor before. “These sensors enable futuristic technology to function in the real world and take drones and other autonomous machines to a whole new level where they become more useful here and now,” says Constantine. “They have really proven their worth in a world dominated by Covid, allowing vaccines and medical supplies to be delivered to places otherwise inaccessible.”

LiDAR was generally too heavy, too big, and too expensive to be a viable solution for “detecting and avoiding” drones.

LightWare’s SF45 addressed those concerns by weighing just 59 grams and measuring just 51mm x 48mm x 44mm. Its data is processed on board so that no dedicated processors are required, which saves costs and electricity. It can be mounted with a vertical or horizontal field of view from 0.2 m to 50 m, adjustable from a few degrees up to 320 °. Data protection is guaranteed; Unlike cameras that see images, LiDAR creates millions of data points to “see” objects. And because it provides real-time results, it can navigate and detect obstacles in real time, which drastically reduces the risk of accidents.

Samantha Pokroy, Partner & CEO of Sanari Capital, said, “LiDAR is a fast-growing industry with unlimited uses in an increasingly digitally connected and intelligent world, and LightWare in particular has emerged as a leader in its field. It is also important to us that their stated goal is that their technology benefits humanity in a peaceful manner. “

Miriam McNabb is the Editor-in-Chief of DRONELIFE and CEO of JobForDrones, a professional marketplace for drone services, and a passionate observer of the emerging drone industry and regulatory environment for drones. Author of over 3,000 articles focusing on the commercial drone space, Miriam is an international speaker and recognized figure in the industry. Miriam graduated from the University of Chicago and has over 20 years experience in high-tech sales and marketing for emerging technologies.
For advice or writing on the drone industry, email Miriam 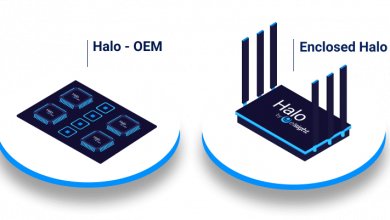 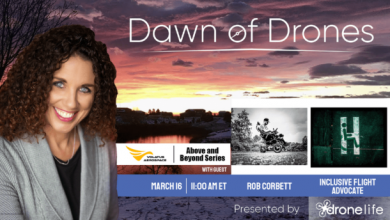 Rob Corbett on Daybreak of Drones This Week 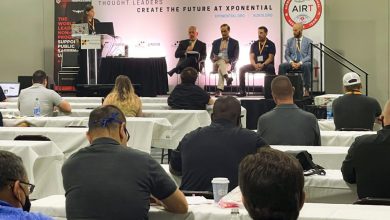