Nothing will soon step into the world of Android smartphones. The company detailed last month that it will release its first smartphone, aptly named Nothing phone (1), in the summer of 2022. While we’re yet to receive any further details about the phone’s launch, Carl Pei revealed at the event that the Nothing phone (1) would run on Nothing’s own Android-based OS. Nothing OS will keep a minimal look, said Pei, providing users with a fast, smooth and personal experience.

At the time of the announcement, Pei also revealed that Android users would get the “first flavor” of Nothing OS in the month of April through a “preview” of the Nothing Launcher. This is the same launcher that will come pre-installed on the Nothing phone (1) and will allow users to get familiar with the Nothing OS look before its smartphone hits the market. As the company promised, the Nothing Launcher is now available for download for select devices.

How to install Nothing Launcher on your Android smartphone

What the Nothing Launcher preview offers

In the current version, the Nothing Launcher doesn’t offer a lot over any other basic Android launcher. It comes with the default 4×5 app grid layout. When you fire up the launcher for the first time, it will show you a few pre-installed Google apps with one of Nothing’s signature wallpaper in the background. At a glance, you might not even be able to differentiate it from Google’s default launcher.

Just like the Google Pixel Launcher, the search bar has a dedicated place on the home screen. However, unlike Google’s launcher, the search bar here sits on top of the dock. Tapping and holding on to an empty space reveals three options: Home settings, Widgets, and Wallpaper & Style, just like the Pixel launcher. Swiping up on the home screen reveals the app drawer — a place where you can find all of the installed apps on your phone. Just like any other Android launcher, you can set the keyboard to appear automatically when you enter the app drawer making it easy to search for the app you’re looking for.

At first glance, you might not find the Nothing Launcher very appealing. In fact, the launcher is quite uninteresting in its current form. However, there are a few things that make it stand out. One of the most eye-catching things about the Nothing Launcher is the wicked font it uses in various areas of the apps. The font is reminiscent of the one found on the official cases of HTC One M8.

In the Wallpaper & Style settings, you get the option to choose the app grid layout. As mentioned above, the default app grid layout is 4×5, but you can enable a 5×5 layout if you want from these settings. You obviously get the option to change the wallpaper and an option to enable wallpaper scrolling. Another customization option available in this setting is the ability to choose icon packs. A lot of third-party Android launchers still don’t support third-party icon packs. But, Nothing is not lacking behind on this front and has added support for custom icon packs in the launcher.

Nothing Launcher allows the user to increase the size of the app icon. But, unlike the other Android launcher apps that allow the users to set the scale as per their need, Nothing increases the app icon so unusually that it takes almost one quarter of the page. The option may come in handy if the user has weak eye-sight, but the icons look hilariously large when in the “max” mode.

The option for “Max” icon size, however, comes in handy when you increase the size of an app folder. With the huge folder icon, you can clearly see the apps that are there in the folder and even launch them without opening up the folder first.

The Nothing Launcher also gives us our first preview of the widgets that the Nothing OS will come with. For now, there are only three widgets included in the launcher: a digital clock, an analog clock, and a weather widget. All of these widgets use the same wicked dotted-line font, making it hard to read what’s written on them. We’re not sure how the dotted-line font vouchers for the minimalism that Nothing claims its OS will offer.

The Nothing Launcher comes with only one wallpaper at launch, even though the company claims it ships three. The default wallpaper seems a bit weird and hinders with the text in front of it. You can check out all the three wallpapers that the company has bundled in the launcher above. There’s a fourth wallpaper as well, which can be seen in the icon pack settings, but it isn’t accessible anywhere in the launcher or its settings. In addition to the wallpapers, nothing is also shipping three custom ringtones in the first preview of its launcher. You can download and apply these ringtones on your device using the settings app.

All in all, the Nothing Launcher offers everything it sets out to be. It’s a simple, easy-to-use, minimal Android launcher that can help you get things done quickly. Yes, it doesn’t offer anything new, but it still gets a lot of things right — the ability to change icon packs and the ability to change app grid layout, for example.

Despite saying this, we still believe that Nothing can improve its launcher on a lot of crucial fronts. Currently, the Nothing Launcher doesn’t support Google’s Discover feed. The integration of Google Discover could make a lot of people feel at home, especially Pixel users. The current version of Nothing Launcher also doesn’t come with a page to manage connected and smart home devices — something that Nothing promised its software would offer.

These are a few things I would like the Nothing Launcher to improve on. Have you used Nothing Launcher on your Android smartphone? How has your experience been? Let us know in the comments section below! 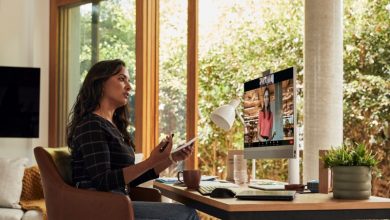 Nuheara IQbuds2 Max Overview: They will Stage-Up Your Listening 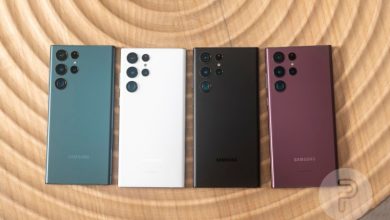 Going through GPS points in your Samsung Galaxy S22 Extremely? You are not alone