The amount of coffee did not immediately roll into the new scooter location on Meadow Lane Mall in Marshalltown as of Friday the 31st area.

Known for its wide range of specialty coffees and smoothies, the restaurant chain has grown rapidly in the United States in recent years, and Cedar Rapids-based store owner Stan Eilers was delighted to have the opportunity to open a new one Location in Marshalltown.

“I don’t know what our expectations were, but it exceeded them,” said Eilers.

Although he admitted long lines made him “twitch”, Eilers said customers have been very patient and he expects service to improve as both staff and customers become more familiar with the menu.

As Eilers also noted, the fact that most scooter locations – including Marshalltown – only drove through was actually positive in the face of the COVID-19 pandemic.

“People like coffee shops, but still the vast majority of people just drive through,” he said. “From a business perspective, that’s a luxury, to be honest.”

Eilers, who owns other scooter locations in Cedar Rapids and Pella, said his relationship with the company went back to before it was almost as big as it is today and that he was impressed with the corporate culture and plan to niche in the industry fill the Upper Midwest. Scooter’s has since exceeded this plan and opened additional locations in the south.

The Marshalltown location on S. Center St. 1708 is open Monday through Saturday from 5:30 am to 8:00 pm and Sunday from 6:30 am to 8:00 pm. Despite all of the workforce challenges that have arisen since the pandemic, Eilers was delighted to open with a full staff on Friday morning.

“We are happy to be part of the community. I think we were very lucky and we are very lucky with the staff (too), ”he said. “We did it and we’ve been enjoying it so far, and we hope the community is like that too.”

Get the latest news and more in your inbox 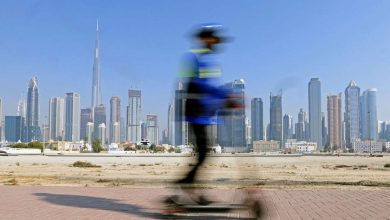