Specific Assurance and Integrity Levels (SAIL) is a measure used by Transport Canada to describe the complexity of a drone mission, from 1 (low) to 6 (high): the BVLOS urban drone operations in this mission were a SAIL level 4.” Only two other projects of this level and scale are known to have been completed in the world to date, both in Europe,” says an IN-FLIGHT press release.

“Since March 2022, IN-FLIGHT Data has been testing, training and preparing to conduct advanced aerial surveys within the City of Calgary through the City’s Living Labs Program,” says the release. Living Labs facilitates the use of Calgary’s assets to trial new ideas and products in a real life environment. This project, performed in July and August of 2022, will provide data on BVLOS urban drone operations that can be used by the drone industry world wide – and provide critical information on the strength of the aerial network over Calgary, which will facilitate advanced drone operations in the city: from infrastructure inspection to urban air mobility.

Utilizing a highly-trained air crew working with advanced operations certified drones and the latest in advanced radar and aerial surveillance technologies, including hardware and software, the flight crew was able to see all Calgary air traffic users for more than 30 km in all directions. The purpose of the aerial intelligence gathering was to measure and assess the quality and performance of the entire communications network fabric above an urban center including geolocation, cellular, radio and many others.

Telecommunications companies, governments, regulators, airspace navigation service providers, and industry alike will all need to understand how high-performance drone aircraft will safely navigate and communicate in the air above population centers. Think of it like when the Canadian Pacific Railway was built in the 1800’s – someone came before the rail lines to survey the route, level the land for the rail ties and dig tunnels through mountains. That’s what this project achieved – successfully 3D mapping the urban network fabric to understand and assess how future UAM drones and infrastructure can take advantage of these new high-performance networks to deliver future innovation to the cities and their citizens. 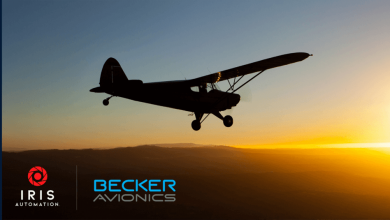 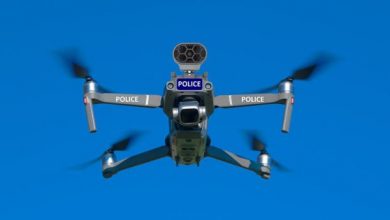 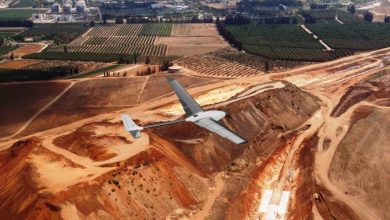 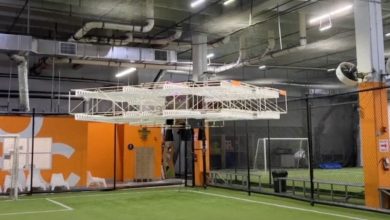 Flying With out Wings – RotorDrone