Electric vertical takeoff and landing (eVTOL) aircraft developer LIFT Aircraft has announced that it has signed a Letter of Intent (LOI) with helicopter tour agency Charm Aviation to bring a new personal flight service with passenger eVTOL to New York City as early as 2023.

Passengers can learn to operate LIFT’s semi-autonomous HEXA eVTOL aircraft in under an hour, and then solo pilot the aircraft on aerial tour flights, all without the need for a pilot’s license. As per FAA regulations, flights are restricted to uncrowded flyover areas and uncontrolled airspace. Plans are in place to develop LIFT vertiports along New York City’s waterfront areas, granting access to the “Class G”, Visual Flight Rules (VFR) corridor extending up to 1,300 feet around Manhattan.

“Our top-selling helicopter tour flights last between 12 to 15 minutes, so HEXA’s flight time is a perfect fit for self-piloted, recreational flights,” said Charm Aviation President Caitlyn Ephraim. “These are like segway tours, but in the air – with a much better view and much more fun. These small, electric aircraft are “geo-fenced,” to keep them confined to pre-defined flight areas and corridors, have zero direct emissions, and are much quieter than helicopters, so will help to reduce the noise footprint of the fleets of helicopters we operate today. I can’t wait to fly HEXA around the Statue of Liberty. We think this is the future of the helicopter tour market.”

HEXA can also be used by public agencies to accelerate first response time by as much as 50%. Having already earned its initial airworthiness certification from the USAF, HEXA is anticipated to be deployed by the military as a new manned and unmanned aerial platform.

The two companies will work alongside city officials and the FAA to select the first NY vertiport site in the coming months, with the goal of launching initial trial flights in the city beginning by the end of 2023. LIFT has previously received FAA approval for a planned location in the Austin, TX area. 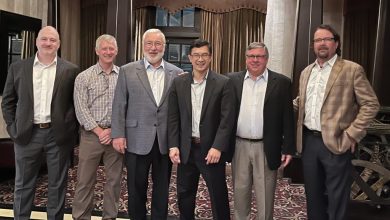 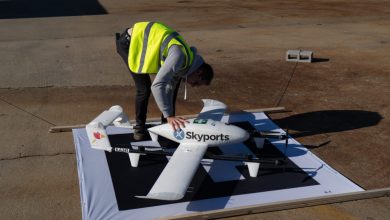 Skyports raises $23 million in Sequence B 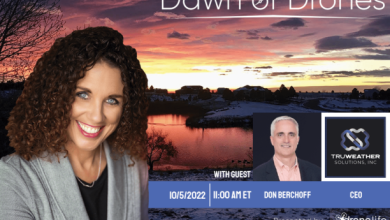 TruWeather on Daybreak of Drones 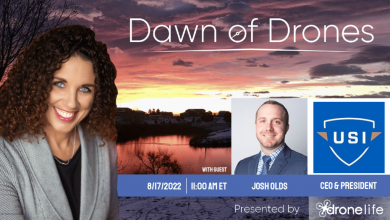