Meta’s Connect 2022 event has just wrapped up, debuting the shiny new Oculus Quest Pro. The new headset takes the VR focus away from gaming and places it on productivity with mixed reality tools for work. And we’re already hearing more about the upcoming Oculus Quest 3 – the follow-up to the current Quest 2.

Details are scarce, but more and more information is making its way across from Meta’s virtual planes. This is everything we know about the next-gen Oculus Quest so far…

While fans were initially hoping for an end of 2022 release in time for their Christmas stockings, CEO Mark Zuckerberg put that idea to bed in an interview with Stratechery in October. Since then, though, Meta has confirmed the Quest 3 will be arriving in 2023, but we’re not entirely sure when. Meta dropped the news during its third-quarter earnings report, which came with another interesting bit of info: Meta had lost $3.67 billion, with expectations for bigger losses in 2023.

As for price, we’ve also got some details straight from Mr Meta himself. In the same interview, Zuckerberg said that the price would be within the $300-$500 zone. That makes sense since the current Oculus Quest 2 starts as £399/$399. Having only mentioned the range, the price may dip up or down slightly. Given recent tech prices, we wouldn’t be surprised if the Quest 3 starts at £449/$449.

It seems we’ve actually got a pretty good look at the Oculus Quest 3. VR leaker Brad Lynch revealed the CAD designs for what looks to be the new headset. We can see that the main design of the headset remains pretty similar to that of the Quest 2. Both the strap and main headset body look unchanged in the leaked CAD designs.

We know that Meta has improved the thickness of the lenses with the new Quest Pro, so you’d like to think this would trickle down to the lower tier headset. This would result in a thinner and lighter headset, checking the box for improved comfort. Besides this, it’s unclear if there are any additional changes on the tech inside. We could see some updated sensors, but we’ll just have to wait and see.

The leaked CAD files don’t show off the controllers, so we’ve not got much to go on here. The Quest Pro ditched the tracking rings for camera-based tracking, while the Quest 2 maintains the rather large circles. Meta could go either way here – either keeping the lack of rings as a Pro feature, or letting all the headsets benefit.

Feature-wise, thing start to look interesting for the Quest 3. The headset reportedly boasts RGB capable cameras, which would allow for a full-colour version of Passthrough, as seen on the Quest Pro. In the CAD files, Lynch revealed that the necessary tech for eye tracking was absent, so it looks like the Quest 3 will miss out on this feature again.

During the Meta Connect event, the company explained it had partnered with Microsoft for some extra features. Lots of these were Office focused, but there’s a new integration with Xbox Game Pass for games. The feature is on its way to the Quest 2, so we’re confident we’ll see it in the Quest 3. Meta might also announce some exclusive features for the new headset, so it’s worth keeping an eye on this partnership.

The Quest Pro comes packing Snapdragon’s new XR2 Plus chipset for headsets. The extra power is dedicated to all the “pro” features on the premium headset, so it’s unlikely the Quest 3 will get it. That leaves two options. Either the Quest 3 will pack the few years old XR2 chip that’s in the Quest 2, or it could pack a new XR3 chip Snapdragon is working on. We’d expect similar storage and RAM options on the new headset, too.

With so much still unknown about the upcoming headset, it’s difficult to judge its worth. A thinner, lighter headset with full-color passthrough, a new chipset, and exclusive gaming features sounds like a good sell. But the Quest 3 could also end up as a much smaller upgrade to the Quest 2, if the chipset doesn’t change and the headset lacks the new lenses.

The Quest 3 will remain a much more budget-friendly option for those looking to dip their toe into VR, especially next to the £1500 Quest Pro. But the question of whether this is a worthwhile upgrade remains to be seen. Roll on 2023! 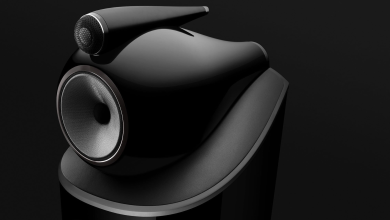 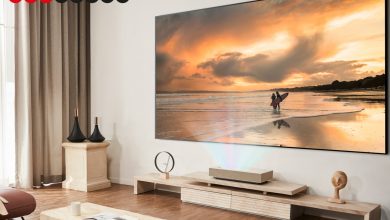