Whenever we talk about virtual reality, AR usually comes hand-in-hand. Rather than fully encapsulating you in a virtual environment, AR (or augmented reality) combines virtual elements in the real world. It’s arguably more useful, but not as readily available as VR.

Nreal, an AR glasses manufacturer, has just partnered with EE to change that. Later this spring, the two companies will be launching the Nreal Air AR glasses in the UK. Think Google Glass, but better.

Designed to look like a pair of ordinary sunglasses, the Nreal Air will instead display virtual elements over the real world in front of you. The pair of glasses with an accompanying smartphone app via Bluetooth to function. And if you want to use the Air on the go, EE promises its 5G network has you covered.

Impressively, the Nreal Air glasses only weigh 79 grams, not too much more than a bulky pair of sunglasses. And with accompanying nose pads, you should be safe from these high-tech specs slipping off your face.

When using the Nreal Air, you’ll either be able to mirror your phone screen to a virtual 130-inch HD display in front of your eyes, or position multiple screens in a 201-inch 3D space. Just try not to wave your hands around too much, or you might get some funny looks.

Nreal is using two OLED displays in each of the glasses lenses to display content. Since individual pixels can turn on and off with OLED displays, it lets you see through the “off pixels” like normal glass. The tech works similarly to transparent TVs (yes, they really are a thing). This cuts down the need for cameras and processors, which is how Nreal has achieved a light-weight design. The Air glasses support head-tracking too, for a more realistic experience.

The glasses arms feature speakers to play the sound aloud. Unfortunately, these speakers will play openly rather than in your ears, so everyone else will be able to hear whatever you’re listening too. Nreal has promised support for accessories such as gaming controllers, so perhaps you’ll be able to connect to wireless headphones as well. You’ll also find a microphone on-board the glasses.

If the Nreal Air AR glasses catch your eye, you’ll be able to get your hands on them soon. EE confirmed the specs will be launching later this spring, but there’s no date as of yet. Unfortunately, we’ve not got any pricing information, as this will be revealed closer to launch. You can, however, register your interest with EE to be notified when there’s more info available. 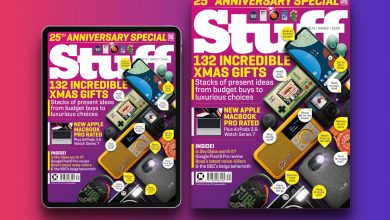 The 2021 version of Stuff journal is out now 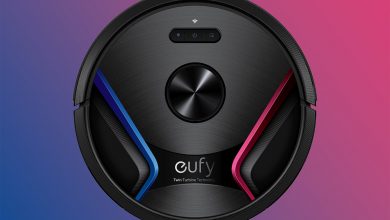 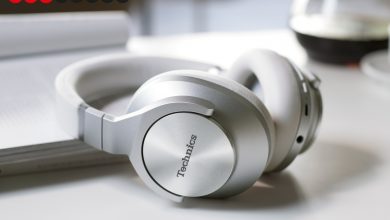