As far as the inspirational tales go, this one will feature right at the top of that list.

From working as a loom worker to building an electric scooter company is something you don’t get to see every day. This is the tale of a certain Devireddy Venugopal who dropped out of school in the 6th standard due to family responsibilities. After his dad remarried, he was forced to quit school and work as a loom worker to make ends meet. That is when he had to drop out of class 6th. Beating all odds, he cleared his 10th grade through open schooling and earned a diploma as a diesel mechanic.

You may also like: Aggrieved Ola S1 Pro Owner Gets His Scooter Towed by Donkey

After completing his diploma course, Venugopal started working as a collection executive at an insurance company at the age of 19, earning a humble Rs 5,500. For the next few years he worked in the finance sector trying to stabilize his life. During this time, he developed a keen interest in two-wheelers and even tried to get a Bajaj dealership. But he was rejected for being too young to handle a business. After toiling for a while, he met his wife at Indian Overseas Bank, N Padmavati. She turned out to be his biggest supporter and propelled him to follow his dreams.

You may also like: Emotions Run High as 26-year-old Gifts Mercedes to Dad

Lending financial and emotional support to him, he finally managed to open a Vespa scooter sub-dealership in Dharmavaram in 2016. It was established under his banner, Venu Motors. From there on, he understood the two-wheeler industry in India and went for one and a half years of training to learn about electric scooters. He also received a license from the Government of India to start manufacturing electric scooters in 2021. He started production in August 2021 with an investment of Rs 50 lakh.

You may also like: Mahindra XUV900 Concept Interior Teased in Latest Video Clip?

There was no turning back from that. Within the first year of the operations, he has raked in over Rs 6 Crore by selling 1,145 units of his two models, Thunder and Wenu. The Thunder is priced at Rs 74,444 on-road, while the Wenu costs Rs 76,666, on-road. The e-scooters can be charged in 3-4 hours and have a range of 80 km. Venu Motors has 35 dealers across Telangana, Andhra Pradesh, Tamil Nadu, and Karnataka and aims to have 10 dealers in South India by March 2023. This is an inspirational story of a loom worker who built an electric scooter company.

Join our official telegram channel for free latest updates and follow us on Google News here. 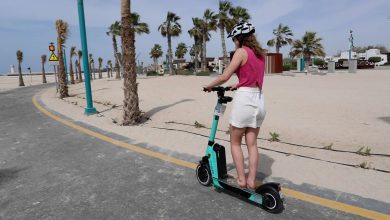 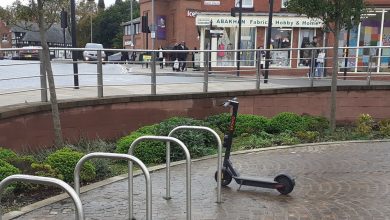 Chester’s e-scooter program is about to develop after drivers have coated almost 65,000 miles