A student is off the road for 18 months after he was caught drink riding an e-scooter at 3.20am.

Melanie Ibbotson, prosecuting, said Kyran Drew Jobson, 21, was weaving all over Haxby Road, York, as he rode past a police car without markings early on October 20.

He was twice the legal limit for alcohol.

Harry Bayman for Jobson said he was on his way home to Vyner street off Haxby Road.

“A lot of people don’t realize electric scooters are powered vehicles and they are subject to the same laws as cars,” he said.

But magistrates told him the terms and conditions for using e-scooters stated that riders should not drink at all and that their stems had a sign warning against drinking and riding them.

North Yorkshire Police have been warning for months that e-scooters are subject to motoring laws.

Jobson, of Vyner Street, York, pleaded guilty to drink riding and was fined £196 and ordered to pay a £78 statutory surcharge and £85 prosecution costs.

Ms Ibbotson said when police gave Jobson a breath test at 4.15am, it gave a reading of 76 micrograms of alcohol in 100 milliliters of breath. The legal limit is 35.

He told police he had had “one or two drinks”.

Mr Bayman said the drink riding had been a very short distance and Jobson had no previous convictions. 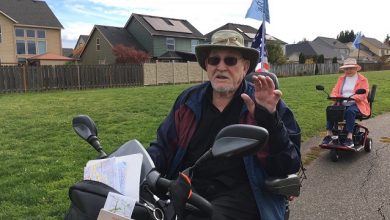 Rs 2.66 lakh was stolen fraudulently from scooter of showroom cashier