The Kerala natives hope to travel to Oman, Saudi Arabia, Qatar, Kuwait and Jordan on their 2000 model Bajaj Chetak

However, unlike some folks who pick adventure bikes for globe-trotting antics, Haq and Bilal, who call themselves ‘AB Tech Vibe’, chose to embark on a seven-nation journey on a 2000 model Bajaj Chetak scooter.

After completing an eleven-state journey across India in three-and-a-half months, the 21-year-old and 22-year-olds arrived in the UAE approximately a week ago.

The Emirates is the first destination on their cross- GCC tour, an excited Bilal told Khaleej Times from Abu Dhabi. Traveling on a scooter almost as old as them is no easy feat, said the Kasargode, Kerala natives. “We wanted to do something unique,” said Bilal.

The odyssey of the Kasaragod natives’ travels on their scooters has gone viral on social media. The vloggers proactively post videos and reels of their adventures on YouTube and Instagram.

Why did the duo begin their international travels in the UAE?

While the youths planned to ride from India to the Emirates, the duo said they couldn’t procure permission to travel into the Taliban-governed Afghanistan. Instead, after completing their all-India journey, they shipped their 22-year-old Chetak from Mumbai to Dubai.

“The scooter arrived in Dubai in 15 days. We unboxed it five days ago,” said Bilal.

“Moreover, our dads work here and given the sheer size of the Indian expatriate population in UAE, it naturally became the most obvious option to begin our international journey,” said Afzal. After sightseeing in Dubai, the duo rode to Abu Dhabi this morning.

“We’ve seen many places in Dubai. We visited Burj Khalifa and saw the Museum of the Future and Al Qouz. On Saturday, we rode to Abu Dhabi on the Sheikh Zayed road,” added Bilal.

“It is truly a magnificent ride,” said Afzal.

Given the high morning temperatures, the youths decided to ride only in the early mornings and after 4 pm.

“We don’t go over 80 km/hour even though the scooter’s maximum speed is 120 km/hour,” said Afzal. After UAE, the duo hope to travel to Oman, Saudi Arabia, Qatar, Kuwait and Jordan. “From Jordan, we will ship the scooter back to Kochi, Kerala,” Bilal explained.

The duo has an international license and has procured the necessary permits to travel to these countries.

Why a Bajaj Chetak?

The Bajaj Chetak is an Indian-made motor scooter produced by the Bajaj Auto company. The auto company began producing the bikes in 1972 and stopped manufacturing them in 2006. The Chetak is named after the legendary horse of the Indian ruler Maharana Pratap.

“We got this scooter from the Indian state of Karnataka and changed the license and registration to Kerala. Our registration number is KL40AB, which stands for Afzal and Bilal,” they said.

“We love riding, and we love travelling. We chose the Chetak because it is a vintage ride,” the youths added.

As a safety precaution, the duo wear helmets and jackets. A storage compartment fitted on the scooter houses a tent, a small stove, and other items necessary for long rides.

“We started our journey in Kerala, rode to Tamil Nadu and from there, we went to Karnataka, Goa, Mumbai, Rajasthan, Delhi, Haryana, Punjab, Himachal Pradesh and Uttar Pradesh,” they said.

With the entirely self-funded journey, AB Tech Vibe hopes to make long-lasting friendships with the people they meet during their travels. “We traveled slowly and met a lot of interesting people. We have documented all those interactions on our YouTube vlogs,” said Bilal. “Riding through the mountainous regions of Manali was a life-changing experience,” they added.

Videos of their journey can be found on https://www.youtube.com/channel/UCif0ChtUL7DdoAXFDVVz2dA. 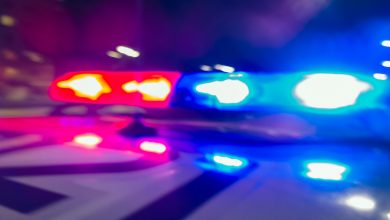 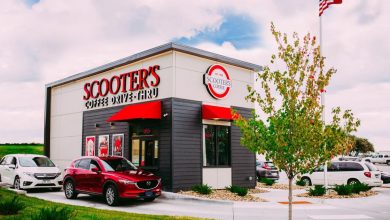