Just a week ago, we came across another prediction from Jon Prosser, who claimed Apple would launch a new iPad Pro and the AirTags object tracker in March. Now another rumor has centered on an exact date for Apple’s upcoming launch event – March 16. Leakster @FrontTron recently tweeted that Apple is holding a product launch event on the aforementioned launch date – virtually, of course a pair of new iPads and the notoriously delayed object tracking accessories.

The report mentions a new iPad (most likely an updated iPad Pro), an iPad Mini update, and the AirTags. Apple is also expected to announce expanded support for the Apple Card, which will likely mean new partnerships with more banking and retail partners.

As discussed in previous leaks, the upcoming iPad Pro will now be equipped with a mini-LED display designed to mimic the properties of an OLED panel to offer better color rendering, higher efficiency, contrast enhancement and improved brightness. Leaked schematics allegedly depicting the upcoming iPad Pro update show a familiar representation, but there will be some notable internal upgrades such as: B. the support of mmWave 5G.

AirTags are finally ready for prime time, or so it seems

However, rumor has it that the mini LED display will be exclusive to the 12.9-inch iPad Pro and not used on the smaller 11-inch model. Of course there will be a new Bionic A-series processor and probably some camera upgrades. In terms of hardware, the leaked wiring diagrams indicated two rear-view cameras, a LiDAR sensor, and the LED flash module on a circular island on the back.

The iPad Mini Refresh is supposed to rock an 8.5-inch display, while the a114 bionic chip will be the centerpiece. The AirTags finally seem ready for prime time. References to the Apple-branded object tracker were recently found via a hidden Items tab in Apple’s Find My app. Also, third-party AirTags accessories from brands like Spigen have already been listed online.

I’ve been writing about consumer technology for over three years, having worked with names like NDTV and Beebom in the past. Aside from the latest news, I’ve checked out my fair share of devices that range from smartphones and laptops to smart home devices. I have also interviewed tech managers and appeared as a presenter on YouTube videos where I talked about the latest and greatest gadgets. 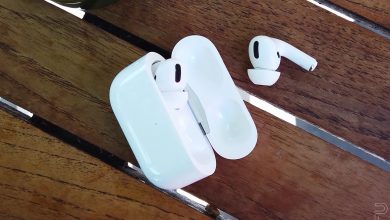