Honda two-wheelers gave us a hint of its electric venture earlier this year. Under this plan, the Japanese maker plans to bring up to 10 electric and flex-fuel two-wheelers till 2025 on a global level. Following this roadmap, Honda has unveiled its new electric two-wheeler at the EICMA (Milan motorcycle show) 2022. Could it be the first Honda electric scooter in India? Let’s find out.

Honda showcased its easy-to-ride, nimble and compact ‘EM’ category scooter. The name of its first-ever e-scooter in Europe is christened as EM1 whereby EM stands for Electric Moped. Before you take it as a habitual moped, let’s talk about its design.

Honda’s target audience for this new moped are young buyers. So, it has got a contemporary urban look with sharp design cues. It maintains a minimalistic panel design with a no-nonsense outlook. Its images also indicate that the front will be getting a telescopic suspension, disc brake and a 12-inch tyre. Moreover, in the rear we can spot the smaller 10-inch tire mated to the hub-mounted motor. Other than this you get all LED lighting, a 12-inch instrument cluster, a large footboard area, a rear carrier, a wide seating area, etc which are usually acquainted to the ‘e scooter’ category.

The Japanese automaker unveiled this scooter in Europe where it could be used an intercity commuter. Therefore it does get perks like Honda Mobile Power Pack (swappable battery) with a range of over 40kms. Its battery is likely to be charged at household ports along with some other options. However, if it ever comes to India, Honda might have to upgrade the battery’s endurance to suit Indian weather.

This new e-scooter would be launched in European countries in mid-2023. But, there are no reports on whether it could be coming to India. If launched what could be its pricing? Do you think it could take on the Ola S1 siblings in future? Let us know in the comments. 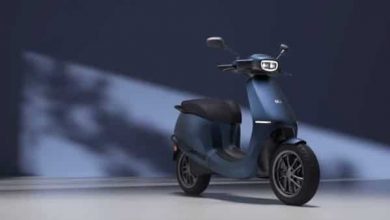 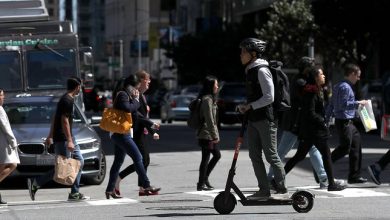