Honda PCX electric scooters could be launched in India next year

As electric vehicles gain acceptance in India, more automakers have moved into this relatively new segment of the country. In fact, more and more two-wheeler manufacturers have shown great interest in this sector. and while some of them have already unveiled their electric vehicles, like the Bajaj Chetak Electric, TVS iQube, etc., others are still working on their electric vehicle strategies and plans. In fact, just yesterday we talked about Hero MotoCorp’s plans to launch its first electric two-wheeler here in 2022. Well today we have some news from the stables of Honda Motorcycle & Scooter India. The two-wheeler maker is reported to have registered a trademark for the PCX electric scooter in India.

Interestingly, Honda sells the PCX scooter with a choice of two powertrain options, hybrid and electric, in international markets. Well, that will make one wonder how we expect the company to bring an electric iteration of the scooter rather than the hybrid scooter. Well, it’s up to the brand; According to the report, Honda Motorcycle & Scooter India registered a trademark for the Honda PCX electric model last month. That development has led to reports that the company could finally launch the e-scooter in India next year.

The Honda PCX electric maxi scooter has a double pod headlight setup, windshield, split-style running board, child seat, etc. – all of which give it a more muscular posture.

As for the electric bit – the scooter gets a 4.2kW ​​motor and a detachable 50.4V lithium-ion battery. Of course, the owners also have the option of charging the battery in the scooter using a charging cable. When the company first introduced the scooter in Japan, it said that the two mobile batteries can be fully charged in approximately 6 hours when connected to the PCX ELECTRIC or in 4 hours when charged with the optional charger. We’ll have to wait and see what kind of setup the scooter would get in India, if any. 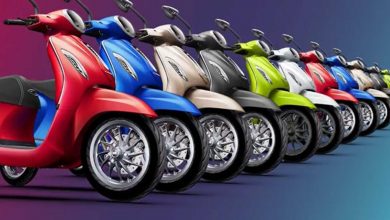