“They may be big, but the Grell TWS/1 take audio quality seriously for all ears.”

Never heard of Grell Audio? Do not worry. Until 2021, no one had. While the company might be brand new, its founder, Axel Grell, is anything but new to the personal audio space. For decades, he was the lead engineer on almost every one of Sennheiser’s headphones and earbuds, which gives Grell Audio instant street cred among audiophiles.

The $200 TWS/1 are Grell Audio’s first wireless earbuds. As you might expect, they’ve been designed to please very discerning listeners. They’re not your garden-variety earbuds, which you can tell just by looking at them. And in a category where style and branding matter (ahem, Beats), earbuds like the Flash TWS/1 make an intriguing case for what’s possible when substance matters even more. Are these the earbuds you’ve been looking for to enhance your listening pleasure? Let’s find out.

What’s in the box

I always like when any earbud manufacturer sees fit to include foam tips in the box because they create a tighter seal than standard silicone ones do. Grell includes two pairs to go with the three sizes of silicone tips that also come in the box, for a total of five. Apart from the short USB-C charging cable, you get a small quick start guide.

It’s obvious from the start that Grell didn’t prioritize looking good as much as other manufacturers do. It’s not that the earbuds are ugly — they’re not. They’re just thicker and look more obtrusive at first glance. They are also a little weightier compared to others. I came away with a feeling that the TWS/1 weren’t really made for those with small ears, and while there is a pair of small eartips inside, I wouldn’t rely on them if you’ve ever had trouble with big buds before

The short stem isn’t so much an ode to the AirPods, as it is a way to make the onboard mics work to pick up your voice during calls. The unusual design, with its large circular outer shell, gives the impression that they may not stay put without fidgeting on your part, but Grell balanced things out to help offset that. The middle portion that sits between the outer shell and the tip bears most of the weight, and since it rests on the inner fold of the ear’s antitragus where it meets the ear canal, it nestles in fairly well. It’s kind of like how you sit on a seat that is contoured, sinking in a little because of the indented space you’re occupying.

That middle portion also houses the drivers and audio elements, leaving the outer shell to act as a touch-sensitive control pad. Those controls take time to figure out because they’re ambitious and multifaceted all at once. For instance, there are both simple taps and gestures to wade through, like how swiping up or down on the right earbud raises or lowers volume. A simple tap on the right played/paused, where swiping forward on the left earbud skipped a track, and swiping back went back one. Holding the right for two seconds woke my phone’s voice assistant. The left also toggled between transparent, active noise cancellation (ANC), and noise annoyance reduction (NAR) — more on these two features later.

It was annoying to learn to get these controls down because of the false positives. I tried to enable ANC, only to accidentally turn on NAR. I tried to lower volume, only to sometimes accidentally pause playback. There is no app recourse to get around this, either, because the Grell TWS/1 don’t have their own dedicated app; they use Sonarworks SoundID instead.

Another thing that stood out to me was how the earbuds were oriented in the charging case. Look closely and you see that the right earbud is on the left, with the left earbud on the right. I guess that was the best way to fit them neatly, but after initially messing that up, I didn’t think twice and knew which earbud was for which side when taking them out or putting them back in.

Where SoundID comes in

The TWS/1 don’t give you EQ adjustments or presets. Instead, Grell has partnered with SonarWorks, whose SoundID app can be used to customize the sound in a more personalized way. The app also works with other SoundID-compatible earbuds. SoundID runs you through a series of A/B tests to gauge your sound preferences. The differences seem subtle in some of the tests, but as you move along, they become more noticeable. When all is said and done, the app has generated a sound profile personalized to your tastes, which is then uploaded to the TWS/1.

However, you can turn the SoundID profile on and off, but you can’t tweak it. Without an EQ, you can’t adjust it, and if you want to change it, you have to go through the same test again. For me, though, I liked the results — so much so that I was satisfied with the sound across a variety of genres.

While it’s not uncommon to see varying levels of noise cancellation, it’s rare to see two distinct versions. Grell’s NAR leaves low-frequency reduction to ANC, adding an extra layer on top to try muffling higher-frequency sounds, too. Honestly, it was hard to be sure the distinction between them was all that unique, though I expect Grell will try refining this with firmware updates going forward. It’s a good idea, and one that I’ll be following with curiosity myself.

By and large, ANC performance is on par with good earbuds, but won’t match the excellent results you get from the Sony WF-1000XM4 or Bose QuietComfort Earbuds. Even when adding NAR into the mix, the positive outcomes aren’t robust enough to put the TWS/1 on a noise-canceling pedestal.

Despite that, I can’t understate the benefit of including foam tips because they can do a wonderful job with passive isolation. The way they can deform and nestle into the ear canal is something silicone tips can’t do as well. The only thing that might come into play in terms of the effectiveness of that passive isolation is the sheer size of the earbuds themselves, which is going to be subjective.

Transparency is fine to allow ambient noise in when you need it. And you will need it because removing an earbud isn’t quite as convenient — Grell didn’t put wear sensors in to automatically pause when removing either bud from your ear.

Grell shows its engineering chops with the default sound, even if you interpret it as a safe balance that doesn’t skew too far one way or the other. The SoundID app pulls out more of the potential here, and it doesn’t hurt that some other specs come into play.

I didn’t have to settle for less if I decided to go from ’90s R&B to modern jazz, or classic rock to ’70s funk.

The TWS/1 supports AAC, aptX Adaptive, and LHDC, covering a lot of bases. And with Bluetooth 5.2 providing a solid connection, good pieces are in place, regardless of whether you’re an iOS or Android user. That aptX Adaptive and LHDC support is good enough to handle hi-res lossy audio up to 24-bit/96kHz (assuming your phone supports those codecs, of course).

I routinely listened to tunes on Tidal to push Grell’s earbuds and see what they could do. The impressive part, to me, was how well they handled the mids, really bringing out instruments and resonance in a variety of tracks. Even better, I didn’t have to settle for less if I decided to switch up the genres and go from ’90s R&B to modern jazz, or classic rock to ’70s funk.

Granted, some of these finer details are going to come out listening to Masters or hi-fi tracks on Tidal, but I also didn’t come away disappointed with what I heard in Spotify or Apple Music. Again, for me at least, the foam tips helped deliver solid lows because of the tighter seal, allowing the highs and mids to breathe. There was the odd moment I’d hear some sibilance, but it wasn’t a common occurrence. All in all, it was easy to like the audio fidelity going on here, and I would put them up there with the likes of Sony, Bose, and Sennheiser.

Results were also really good with ANC and NAR on, even if they didn’t totally drown out all background sounds. Unless I was walking by a loud construction site or angry drivers honking during rush hour, it was generally music to my ears.

Phone calls will need quieter confines, though in good conditions, you shouldn’t have any problems with clarity. There is the possibility the earbuds might slowly shift and become loose from your jaw moving while talking, and I had to be careful not to accidentally end the call while pushing them back in. It happened to me twice, so I was careful every time after that.

The Grell TWS/1 have an IPX4 rating, which for me, isn’t great for sweaty workouts and runs. As good as they sound, I don’t see them as ideal choices for rigorous workout regimens. Others might disagree, but I look at it from a more long-term view, where repeated exposure to water and sweat will break down earbuds that aren’t more ruggedized.

Grell rates the TWS/1 at up to six hours per charge with ANC on, and up to eight hours with it off. Since you may not necessarily be cranking up the volume, the numbers are adequate, but not impressive by today’s standards. The higher the volume, the more battery life you lose, as with any pair of buds. I found I usually got between five and six hours per charge with ANC on.

The case holds four extra charges, which is a good way to justify the larger case, and it is compatible with Qi wireless chargers for added convenience. You can always plug in via USB-C, though I didn’t catch any fast charging going on.

You don’t have to be an audio purist to appreciate the Grell TWS/1, but you do have to demand better sound quality to recognize what makes them good. Their size may pose a challenge if you feel your ears are on the smaller side, yet apart from that, they perform well enough to warrant consideration as the buds you choose when listening to your favorite tunes.

Given their lower price tag, it’s easy to look at the Jabra Elite 7 Pro as a serious alternative, given they are among the best the industry currently has to offer. Super comfortable to wear, and offering a mix of great performance and support, they’re always a great choice.

the Technics EAH-AZ60 don’t have aptX, unfortunately, but they prove to be superb in so many respects, and that includes their support for LDAC, in case you’re looking for hi-res audio alternatives. the Edifier NeoBuds Pro are much cheaper and come with LHDC and LDAC support, as well as ANC, though you do also lose out on aptX support with them, too.

These are well-made earbuds, so treat them with respect and they should last you a longer while. They’re best for more leisurely pursuits, but if you do end up breaking a sweat in them, make sure to wipe them clean and dry. The standard one-year warranty won’t protect them from physical damage, only functional issues, so bear that in mind.

yes The Grell TWS/1 don’t hide their true purpose, which is to focus on sound quality above all other things, and they do right by that. The only major challenge is whether your ears will feel they’re too cumbersome to wear on the regular. 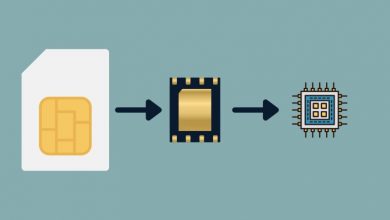 eSIM vs iSIM: What’s it and what is the distinction? 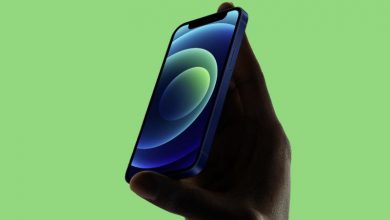 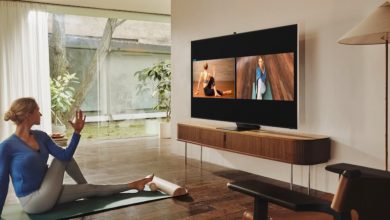 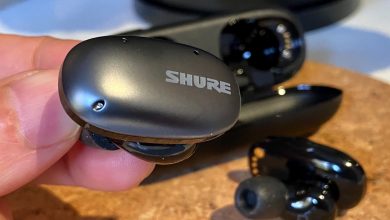