UPDATED: Shots of the Pixel Watch in the wild show off a minimalistic, circular design

The Pixel phones mark Google’s attempt to set a standard for Android phones, and they’re getting better and better. Can Google now do the same for Wear OS smartwatches? The long-rumored Pixel Watch is official, having been revealed at Google I/O 2022 – but a short teaser was all we got.

Until more concrete info arrives closer to launch, our guide can tell you all you need to know about the Pixel watch, including an expected release date, likely price, hardware specs and more.

Google has helped push some Wear OS (ex-Android Wear) watches over the last few years, but none were actually made in-house. The Pixel Watch will change that. Will it be the kick in the pants needed to jumpstart the stagnant Android watch market? Following last year’s Samsung Wear OS partnership announcement, our hopes are more than a little high.

When Google officially showed off the Pixel watch for the first time at Google I/O, it was coy over exactly when we’d be able to strap one on our wrists. Instead, they teased a “later this year” on sale date, coinciding with the Pixel 7.

This lined up with leaker Jon Prosser’s suggestion two months earlier that Google would use I/O to tease the watch, rather than fully reveal it. Serial leaker Evan Blass had also stated that it “won’t be long now”, providing evidence of internal Pixel Rohan training material at Google.

We were expecting the typical Tech Teaser fashion of showing nothing more than a secretive 20-second video, with tantalizing close-ups of a circular screen, and very little else. Happily, Google clearly showed off the watch from multiple angles, and gave a good look at some of the software features we can expect.

With no official release date from Google, we have to look at the typical launch window for a Pixel phone. That puts the Pixel Watch’s arrival between September and October 2022, global semiconductor shortages notwithstanding.

We haven’t heard any solid rumors about the Pixel Watch’s price just yet, but we can look to the past – and the competition – for some decent hints on what to expect.

The Apple Watch Series 7 starts at £369. If we had to guess, we suspect the Pixel Watch will be somewhere around £300-350: pricey enough to be considered flagship, but perhaps a notch below the top competition. Coming in cheaper than the Apple Watch could also make it more appealing to iPhone users.

That said, an older report from WinFuture claimed that there may be three variants of the Pixel Watch, so we’ll have to see if there’s actually a range of prices.

Qualcomm’s Snapdragon 2100 chip used to be the smartwatch CPU of choice before being replaced by the Snapdragon 3100 and subsequent 4100. The Pixel Watch could ditch Qualcomm for Samsung’s own Exynos processor though, if the most recent rumors are to be believed.

The Big G isn’t talking specs just yet, but given its partnership with Samsung this is more than a little believable, and we expect to see the same Exynos W920 processor found in the Samsung Galaxy Watch 4 and Galaxy Watch 4 Classic. Oh, and it goes without saying that it’ll run Wear OS, a smartwatch platform designed in conjunction with Samsung, powered by the health and fitness smarts of Google-owned Fitbit.

Speaking of the Galaxy Watch 4, it also looks like the Pixel Watch could boast a major advantage over its Samsung rival in the battery life department.

According to a recent 9to5Google report, the Pixel Watch will come with a 300mAh cell compared to the Galaxy Watch 4’s smaller 247mAh battery.

Of course, how long the battery actually lasts will be dependent on a number of things, most notably the software’s power consumption, but on paper the raw Pixel Watch specs could give an advantage.

That’s all the info we have on the Google Pixel Watch at the moment, but we’ll be sure to keep you posted on all the latest developments ahead of its launch. stay tuned 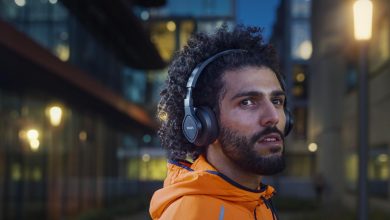 Train your ears with the newest Philips Sports activities Headphones  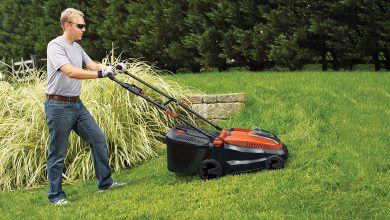