Google has doubled down on camera capabilities for its 2022 flagship phone. The Pixel 7 Pro arrives next week with a trio of lenses that promise superior zoom, blur-free night shots and smoothly stabilized video recording – plus a much-improved macro mode.

Officially revealed alongside the Pixel 7 and Pixel Watch, the Pixel 7 Pro also steps things up on the design front. It gets a polished aluminum frame (100% recycled, don’tcha know) that merges seamlessly into the rear camera “shelf”, which makes a return. Google is offering a choice of three colours: obsidian, hazel and snow. Or black, green (with bronze accents) and white, if you don’t do marketing-speak. There’s an in-display fingerprint sensor, and the selfie cam can manage face unlocking too.

Cameras are king once again, with the same 50MP main sensor as seen on last year’s Pixel 6 Pro. It can supply pixel-binned 12.5MP snaps, or cropped shots for an effective 2x optical zoom. Google has tweaked its algorithmic image processing for improvements across the board, including even sharper face unblur, more accurate skin tones courtesy of an expanded Real Tone dataset, and Night Sight low-light shooting that’s twice as fast as before – while also doing an even better job at eliminating camera blur.

A 12MP ultrawide and 48MP telephoto are supporting acts: the former gains autofocus from a minimum 3cm distance, so can be relied on for particularly crisp macro shooting, while the latter is good for 5x optical zoom – up from 4x on the Pixel 6 Pro. It’ll also manage up to 30x digital zoom using Google’s algorithmic Super Res zoom tech. Throw in some subject detection and the stabilization usually reserved for video recording, and the viewfinder should stay impressively shake-free while at more extreme zoom lengths.

All three lenses are good for 4K 60fps recording, as is the 11MP front-facing selfie cam, with 10bit HDR support and a new cinematic blur option for eye-pleasing bokeh effects.

Seemingly not much has changed on the display front: it’s still packing a 6.7in screen with slightly curved sides, resolution stays the same as last year at 3120×1440, and LTPO tech again delivers a 10-120Hz adaptive refresh rate. The main upgrade is the OLED panel, which promises to be 25% brighter than the outgoing model.

Inside, power comes from a new Tensor G2 processor, paired with a Titan M2 security chip, 12GB of RAM and as much as 256GB of built-in storage. Google reckons the second-gen silicon should consume less power for everyday tasks, while still keeping pace with the best of the Android phone world for performance.

A 5000mAh battery should be more than enough for all-day power, with 30W wired charging for speedy top-ups and wireless charging for convenient ones. An extreme battery saver mode can apparently stretch things to 72 hours.

The Pixel 7 Pro will run Android 13 out of the box, with Google promising a considerable five years of security updates. It’ll be largely unchanged from the version released to current Pixel handsets, with one standout: a new audio message transcription for incoming Google Messages voice chats. Handy if you don’t have time to listen and would prefer to read, or are somewhere loud. Clear calling, a setting that’ll reduce background noise while on voice calls, is also set to land later this year. Privacy is also a big deal, with VPN by Google One bundled for free with the phone.

You’ll be able to pre-order a Pixel 7 Pro from today, with phones landing in customer hands from the 13th of October. Prices start at £849 here in the UK, and €899 in Europe. 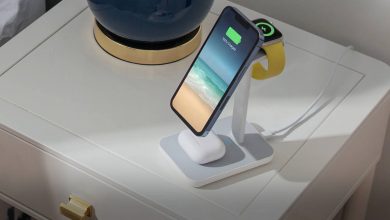 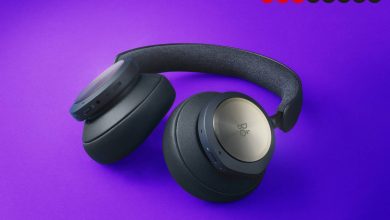