Samsung’s Summer sales event is here, and it comes with tons of great deals for those interested in purchasing a new Galaxy device. One of today’s best deals comes with the Samsung Galaxy S22 series, starting at just $100 on its base model with 256GB of storage space. Indeed, this is the same price you would have to pay for the 128GB storage model, but the latest offer will get you a memory upgrade without additional cost.

The base model of the Samsung Galaxy S22 was launched with an $800 price tag. This would get you a new smartphone with a 6.1-inch display, 8GB RAM, 128GB storage space, and a Qualcomm Snapdragon 8 Gen 1 processor. However, you can currently purchase one of these fantastic smartphones unlocked with 256GB storage for just $100 after receiving up to $700 enhanced trade-in savings, even if your device has a cracked screen. And if you want an even sweeter deal, you can get yours from $50 if you can live with a device locked to UScellular’s network.

The same $700 savings come with the Samsung Galaxy S22 Plus, which comes with a larger 6.6-inch display, a nearly identical design, and a total price of $300 after an eligible trade-in.

However, if you want the best deal available, you will have to opt for the higher-end Samsung Galaxy S22 Ultra that now sells for as low as $200 after the recently enhanced trade-in savings that will get you up to $1,000 savings, even if your phone has a cracked display.

The Samsung Galaxy S22 Ultra comes with a boxier design that makes us remember the now-gone Galaxy Note series, as it also includes a built-in stylus and S Pen support. You will also get the best specs, more RAM, and other features you won’t get in the more affordable alternatives.

And if you’re not into trade-ins, you can also consider checking out the latest savings available at Amazon.com, where you can buy a Samsung Galaxy S22 for $700 on its 128GB storage option since it’s now receiving a $100 discount. 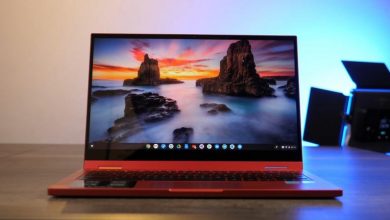