It makes perfect sense for a leading provider of manned aircraft to step into the arena of passenger VTOLs, flying cars, and urban air mobility. Now the Embraer Urban Air Mobility spin-off Eve UAM, LLC (“Eve”) has spun off and joins the NYSE – and promises a vehicle in 2026. The details according to a press release:

Eve UAM, LLC (“Eve”), a leader in developing next-generation Urban Air Mobility (“UAM”) solutions, has partnered with Zanite Acquisition Corp. (“Zanite”) (Nasdaq: ZNTE, ZNTEU, ZNTEW), an aerospace acquisition company. Upon completion of the Transaction, Zanite will change its name to Eve Holding, Inc. (“Eve Holding”) and be listed on the New York Stock Exchange (the “NYSE”) under the new ticker symbol “EVEX” and “EVEXW.” Embraer SA (“Embraer “) Will remain majority shareholder with a stake of approximately 80% in Eve Holding through its subsidiary Embraer Aircraft Holding, Inc. even after the completion of the business combination, including the stake in PIPE.

As the release suggests, the new UAM company will benefit tremendously from the strategic partnership with Embraer. “In connection with the transaction, Embraer contributed its UAM-related assets, employees and intellectual property to Eve,” the statement said. “In addition, Embraer has granted Eve a royalty-free license for Embraer’s background IP for use in the UAM market. Eve has access to thousands of skilled Embraer employees on a flexible, first-priority basis and uses Embraer’s global infrastructure on preferential terms under the terms of certain service agreements between Embraer and Eve. “

“We believe that the urban air mobility market has tremendous growth potential in the coming years due to an efficient and zero-emission transportation offering and with this business combination Eve is very well positioned to become a key player in this area.” Said Francisco Gomes Neto, President and CEO of Embraer. “As a global aerospace company with a leadership position in multiple segments, we know that innovation and technology play a strategic role in driving sustainable growth and redefining the future of aviation.”

The Embraer name and aircraft design expertise should help Eve achieve what may be very difficult for competitors: large-scale production. While there are many UAM developers out there, few have the aircraft manufacturing experience that will make the difference in commercialization.

Eve is the first company to graduate from EmbraerX, Embraer’s market accelerator founded in 2017.

Eve is led by Co-CEOs Jerry DeMuro, who most recently served as CEO of BAE Systems, Inc., and Andre Stein, who has led Eve since its inception and has held executive positions at Embraer for more than two decades.

“Urban air mobility is an opportunity for change in the aviation sector. I came to Eve because I believe there is no company better positioned to capitalize on the vast potential of this emerging market, ”said Jerry DeMuro, Co-CEO.

Andre Stein, Co-CEO added, “Eve was founded with a vision to accelerate the UAM ecosystem, bring safe and affordable urban air travel to all citizens while reducing global carbon emissions. The transaction with Zanite announced today is an important milestone that will accelerate our strategic plan and help us achieve our vision. “

According to the announcement, Embraer’s reputation has already resulted in valuable partnerships and vehicle orders. “Eve has built a strong network of dozens of highly respected strategic partners across the UAM ecosystem, including fleet operators, ridesharing, Vertiport providers, aircraft rental companies, financing partners, renewable energy providers, and defense and technology leaders,” the release says. “From this partner network, Eve has secured start-up orders from 17 customers through non-binding letters of intent, resulting in a pipeline of 1,735 vehicles valued at approximately $ 5.0 billion.”

Augmented Actuality: A profit or a burden for drone operators? 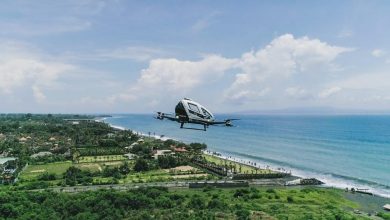 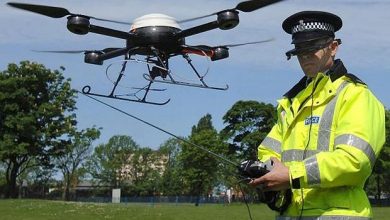 Public notion of drones within the UK 68% optimistic