Commercial and military customers looking for a drone solution that combines the portability of a multi-rotor copter drone with the heavy-lift capability and long-range flight time of a fixed-wing aircraft might have found the answer they’re looking for with a new UAV built by drone startup WingXpand.

When disassembled, the aircraft, which the company bills as the world’s only expandable-wing drone, weighs about 10 pounds and can be carried in a backpack. It can be assembled onsite in under two minutes into a plane-like vehicle with a 7-foot wingspan that can fly up to five times longer and can carry 10 times more weight than conventional quadcopters.

Co-founded by Michelle Madaras and CEO James Barbieri, St. Louis-based WingXpand debuted its signature aircraft at the AUVSI Xponential event in April. The company hopes to make its first deliveries of aircraft to customers in the third quarter of the year.

“We’ve been working closely with our commercial customers,” Barbieri said in an interview. “We’ve been working with our agriculture community and large ag-tech companies that have interests in an ag drone that can fly longer, carry more pro tools and be just as simple and easy to operate as a quadcopter.”

In addition, the company has been working with potential government and first-responder agency clients to promote the use of its drones for public safety applications such as wildfire surveys and inspections.

He said WingXpand also plans to offer its services to the security and defense market and had featured its UAV at the Special Operations Forces Industry Conference in Tampa in mid-May.

“We’ve heard from a lot of folks in the special forces community, both here, domestically in the United States and also internationally,” Barbieri said. “We’re really excited to start working with the defense and military customers in addition to the commercial customers that we’re already working with.”

WingXpand plans to manufactures its drones in the US and use only components that are National Defense Authorization Act-compliant, he said.

In addition to the agriculture and defense applications, the WingXpand’s open modular design allows operators to efficiently swap payloads to configure the drone for multiple uses including surveying, insurance inspection, aerial videography and package delivery. “We have a lot of flexibility with that payload integration, and we can also partner with our clients on custom integrations,” Barbieri said.

Barbieri said the WingXpand drones will be equipped with onboard Edge AI (artificial intelligence) software and is capable of controlling fully autonomous flight. “We actually have a smart computer on board WingXpand so that we can have real-time object detection and also resiliency in GPS-denied environments,” he said.

This allows the aircraft to return to home, or follow a predefined exit criterion if GPS is lost when the drone is on a mission.

Barbieri said he designed the WingXpand craft to meet a need in the marketplace, not currently being filled by commercially available multi-rotor or fixed wing drones.

“I knew that there was a real need in the market for a highly powerful, UAV or a small drone that can fly longer and carry more payload,” he said. So, he invented a drone based on expandable wing technology. “Bigger wings equal longer flight times and you can carry more pro tools for our professional customers.”

“We’ve got a great team of engineers on both the hardware, aircraft side, and also the software engineering side, that are working on the final modifications that will be going into our production version of the aircraft,” Barbieri said. “We look forward to rolling it out more publicly in the coming weeks.”

Designed for multi-application use

WingXpand’s drones have been designed to be durable and adaptable across a broad spectrum of applications, he said.

Because the drones will be built of strong but light aerospace-grade materials, they will be less susceptible to breakage than UAVs composed of less durable substances, and their modular design allows for worn-out or damaged parts to be swapped out quickly and efficiently, he said.

This modular, open-architecture design also gives users an efficient way to swap out payloads to accomplish a variety of tasks.

“That can mean a high-resolution micro-gimbal camera that’s retractable into the payload bay, but also for instance, for some of our agriculture customers, installing a multi-spectral camera,” Barbieri said.

The aircraft comes with an onboard hi-resolution camera and customizable sensors so that users are able to review their data in the field. “With WingXpand’s Edge AI payload you can pre-set what you want the drone to flag so it can take a closer look all on its own,” he said.

In addition to marketing its drones, WingXpand offers consultation services and offers its own FAA Part 107-certified pilots to conduct flight missions for its clients. The company also offers flight and FAA certification training as well as data analysis services. “We are with our clients for the long haul,” Barbieri said. 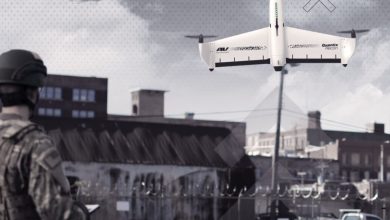 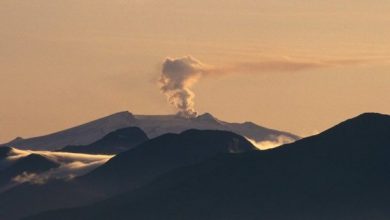 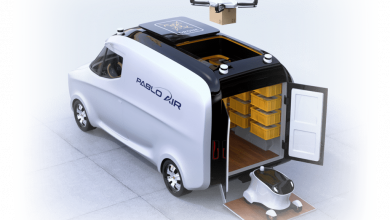