Read or listen to all of the headlines in one place: excerpts from the DRONELIFE drone news of the week, September 2. Click on the titles below for the full story.

Smart tech and engineering firm CAL International has formed a partnership with Australian green tech company AirSeed Technologies for a major climate change project that will employ aerial platform technology with the goal of planting 100 million trees by 2024. The partners have designed and engineered a seed pod delivery system for AirSeed’s existing delivery platform. Utilizing artificial and data intelligence, the AirSeed drone is a payload and delivery system that determines target areas using GPS coordinates before launching carbon pods at the ground at a rate of two-per-second.

Helping Drones Land on Steep Rooftops: Check Out This Video

Many operators have learned the hard way that landing drones on steep roofs is almost impossible. Now, researchers at the Université de Sherbrooke have developed landing gear that allows a quadcopter drone to land even on a steep surface – which could have major implications for the commercial drone industry.

Volatus Aerospace, using the FlightOps OS, has become the first company in Canada to obtain a Beyond Visual Line of Sight (BVLOS) Special Flight Operations Certificate (SFOC), authorizing the operation of drones without the need for a visual observer. Awarded by Transport Canada, the certificate will enable Volatus Aerospace to scale its unmanned aerial vehicle (UAV) operations and begin BVLOS training in several locations throughout the country.

Commercial UAV Expo 2022 Has a Sold Out Exhibit Floor: Make Sure You Don’t Miss A Thing

The Commercial UAV Expo is the world’s leading commercial drone trade show and conference – and it’s only 8 days away! You can still register here for the show, held September 6-8, 2022 at Caesars Forum in Las Vegas. The exhibit floor is completely sold out and more than 2,500 commercial drone professionals are expected to attend from dozens of countries.

Xelevate and CSU Drone Center on Dawn of Drones August 31!

This week we close out our month dedicated to Developing Industry Leaders Month on the Dawn of Drones podcast, sponsored by Skydio with leaders by hosting leaders from drone training centers on the east and west coasts of the US Join Dawn with special guests Christopher Robertson of Colorado State University’s Drone Center in Fort Collins, CO and Marcy Eisenberg, Co-Founder of the Leesberg, Virginia-based XElevate Unmanned Systems Center of Excellence!

At the AAUS annual Advanced Air Mobility summit in Melbourne, Skyportz showcased the design of its first vertiport in Australia. Located at Caribbean Park in Victoria, the fastest growing business precinct outside of the Melbourne CBD, the vertiport will serve Australia’s emerging electric air taxi industry. Skyportz and Caribbean Park have collaborated with Contreras Earl Architects, to70 aviation, ARUP and Microflite to develop a design that meets the necessary operational requirements to serve as a vertiport for Advanced Air Mobility.

This past July, Verge Aero deployed 300 of its custom built drones at Chicago’s famous Lollapalooza festival, which performed a drone show above the venue to enhance the event. Featuring performances over a four-day period from a diverse set of artists such as Dua Lipa, Metallica and J. Cole, this year’s Lollapalooza was the first to include drones as part of the event. In partnership with T-Mobile and Google Pixel phones, a specially created Verge Aero drone show was staged during Dua Lipa’s Friday night slot.

DroneUp’s major drone delivery program is one of the most widely recognized in the United States. Expanding to six states, DroneUp’s “Drone Hubs” will serve millions of households: delivering retail goods, on demand. Developing and future-proofing drone hubs means creating an ecosystem that can support a wide variety of use cases. “While it would be possible to create a drone delivery solution that operated completely autonomously without intervention from a human pilot, DroneUp felt it was important to design in a remote piloting capability,” says the Elsight case study. “Such a capability would provide safety and redundancy for delivery drones, and could also be essential for other use cases that DroneUp pursued in the future. Robust communications would be critical for supporting command and control, as well as for other capabilities such as sensor and video feeds.”

Beyond visual line of sight (BVLOS) unmanned aerial systems (UAS) leader Censys Technologies has announced a first-of-its-kind leasing option, currently available for the Sentaero line of UAVs as well as many others. After closing for $8.3 million in its recent Series A Funding Round, Censys revealed its customizable new product leasing options, starting under $1,000 a month with no down payment required. The company is offering a unique remote sensing package that will restructure the way in which aerial information is gathered for use in sectors such as infrastructure, agriculture, and public safety by uniting the leading software and hardware solutions in the airborne intelligence field.

Retail chain Meijer recently announced it will be taking part in the Great Lakes Plastic Cleanup Program, an initiative to clean up Midwestern beaches and waterways in partnership with the Council of the Great Lakes Region (CGLR). Meijer will participate in the clean up effort using the BeBot, an eco-friendly electric beach cleaning robot capable of cleaning 32,000 square feet per hour, and the Pixie Drone, a water drone that traverses waterways to simultaneously collect trash and gather water data. This will be the largest ever deployment of such devices across multiple states in the Great Lakes, the world’s largest surface freshwater system.

DRONEII’s Drone Industry Barometer 2022 is Out: Why Most Companies Use Drones

The DRONEII Drone Industry Barometer 2022 is out – and the results of the survey reveal what drone manufacturers, service providers, and users experienced in the last 12 months, and anticipate for next year. The Drone Industry Barometer measures industry sentiment – ​​comparing what companies surveyed expected over the last year, and how those expectations were met. The survey also reveals what most drone industry stakeholders feel is the major force driving the industry right now – and why most enterprise companies use drones in-house, or through service providers.

Drone Training for Veterans: PromoDrone Partners with Vets to Drones

San Diego-based digital display drone company PromoDrone has formed a partnership with Vets To Drones, a veteran-owned program offering veterans an entry point into the UAS industry. The goal of the partnership is to provide veterans transitioning to civilian life with entrepreneurship and drone training through the Vets to Drones program, utilizing PromoDrone’s forthcoming beta platform to allow for the development of new skills and as a point of access to a new revenue model. 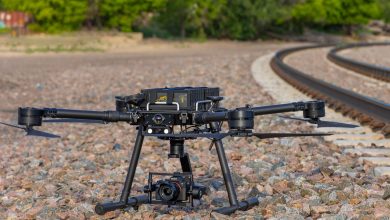 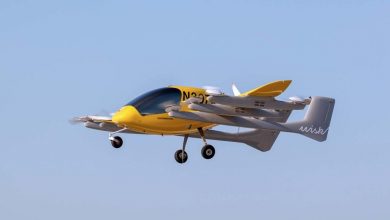 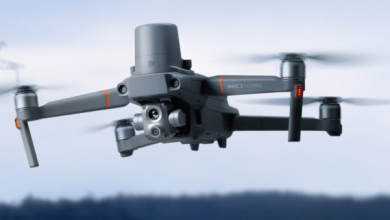