Read or listen to all of the headlines in one place: excerpts from the DRONELIFE drone news of the week October 14. Click on the titles below for the full story. This week we were at the DJI AirWorks show in Las Vegas – find out what happened!

This morning, Aeroporti di Roma (ADR), Volocopter, UrbanV, and Atlantiacompleted Italy’s first crewed eVTOL public test flight during the presentation of the country’s first advanced air mobility (AAM) testing vertiport. A year prior, the first eVTOL prototype was displayed in Italy. Since that initial showcase, major advancements have been made in flight technology, vertiport design, and the necessary regulations to allow the first AAM services between Fiumicino Airport and the city of Rome in 2024.

Joby and Skyports Develop “Living Lab” Passenger Terminal: What Will Urban Air Mobility Be Like for Passengers?

As commercial manned air travel seems ever more uncomfortable for the average flyer, Joby and Skyports Develop Living Lab for Urban Air Mobility to make the terminal experience better for passengers. “Our all-electric vertical take-off and landing aircraft is set to revolutionize the way we travel in and around cities. Joby riders will skip the traffic, flying directly to their destination at over 200 mph,” said Joby Head of Product Eric Allison. “But to realize the vision of everyday flight, we need to deliver a seamless and more rapid experience on the ground. The Living Lab will allow us to rethink the terminal experience, keeping our customers front and center throughout their entire journey.”

At last months Commercial UAV Expo, manufacturer IdeaForge introduced to the US market an Indian drone: one that’s been tried and tested across some of the most forbidding terrain in the world, and built to NDAA compliance standards. DRONELIFE spoke with IdeaForge’s GM of Marketing Kruthi Aramanamada about the SWITCH long-range, mapping and surveying UAV. The IdeaForge SWITCH UAV is a super-light fixed wing, offering a 2 hour flight endurance guarantee. The drone has a swappable payload including a day payload with 25X zoom capabilities and a thermal imaging night payload. SWITCH UAV also offers important security features.

Aerial intelligence has proven critically important for first responders during emergencies and rescue operations; Drones for roofing surveys, utility inspections, infrastructure inspections, communications and more are now indispensable for recovery and rebuilding. Drone manufacturers and service providers consistently do their part to assist. Now, US-based drone manufacturer Skydio is stepping up for their enterprise and public safety customers engaged in response efforts for Hurricane Ian, setting up an emergency framework of free support services to keep critical drones in the air.

DJI AirWorks is the world’s largest drone manufacturer’s enterprise user conference – the gathering for DJI’s broad ecosystem of customers, distributors, and partners. Held this year in Las Vegas, the show opened today to a global audience of more than 600 attendees from 46 different countries. On the first day, as sessions began in the afternoon and vendors set up in the exhibit hall, DJI’s newest products dominated the space and the conversation. An early look at the programmable DJI Dock, a docking station enabling fully remote operations, took place in the demo area for a crowd of media and influencers.

DJI AirWorks Keynotes: After 15 Years, Where the World’s Biggest Drone Manufacturer is Headed Next

In Las Vegas this morning, the AirWorks 2022 keynote speaker Grant Hosticka discussed what’s next for the world’s biggest drone manufacturer. DJI “Future of Possible” is focused on the next big steps for the commercial drone industry – automation and flight beyond visual line of sight (BVLOS) with DJI’s newest product, the DJI Dock. Here’s what Hosticka told the audience they could expect from future developments…“At DJI, 35% of our workforce is engaged in R&D,” says Hosticka. “We’re waving goodbye to the Phantom with the Mavic 3 Enterprise, the Matrice 30, and the Matrice 300 RTK. These provide small, medium, and large options for a variety of use cases and budgets.”

5 Steps to Getting Started with Automated BVLOS and Docking Stations: FlytBase Akhal Negi

…FlytBase provides the FlytNow cloud-based software for the automation of routine missions using docking stations – a box. that houses the drone, charges the battery, and monitors conditions. FlytBase has partnered with 15 different drone-in-a-box companies, and support 17 different docking solutions. “5 years ago, you needed a pilot, an observer, a drone maintenance person to swap batteries – now there can be nothing but a box, anywhere in the world, thousands of miles away from your control rooms. And all over the world, people are deploying these systems,” says FlytBase CEO and Founder Nitil Gupta.

Today, remote industrial AI and drone automation leader H3 Dynamics and Robots-as-a-Service (RaaS) leader AROannounced the formation of a partnership that will allow for 24/7 support for installations of H3 Dynamics’ DBX-G7 autonomous drone-in -a-box systems within the United States. An advanced stationary field robot, the DBX-G7 serves a role much like that of an onsite drone pilot, autonomously managing all operations including navigation, docking, battery charging, data retrieval, transmission, and cloud-based processing. DBX-G7 sets itself apart from comparable systems with its drone-agnostic design, enabling it to support a variety of drone models and payload options, thereby providing access to the full range of drone use cases through a single cloud portal.

Airspeeder pilot Zephatali Walsh has become the winner of the first ever electric flying car race, narrowly beating out competitor Fabio Tishcler in the inaugural EXA remotely piloted race held near Adelaide, South Australia. This was the first occasion in which two pilots had full license to race their eVTOL race-craft in a fully competitive environment. The race was divided into two sessions, with a rapid battery-swap pit stop in the middle. The tense, closely-fought competition saw three overtakes in just the first lap. Zephatali was able to secure his victory upon overtaking Tischler, who had gone wide at Turn 1. After decelerating on exit, Zephatali maneuvered just 1 meter below Tischler to seize the lead, demonstrating the excitement that the addition of the third dimension of vertical maneuverability brings to the sport.

Drone Deploy and BNSF on Autonomous Reality Capture: The Difference Between Automated and Autonomous

At DJI AirWorks today, DroneDeploy took the stage with customer BNSF Railway, one of the largest freight railway networks in North America. James Pipe, DroneDeploy VP of Product and Nick Dryer, BNSF Senior Manger of UAS, discussed the future of autonomous reality capture. Since inception, co-founder Mike Winn has been clear that DroneDeploy’s goal was to become a “one-button” solution. Over time, they’ve continuously evolved the DroneDeploy platform to streamline the workflow, becoming more automated and easier to use. They’ve already proven the case for automated inspections with Boston Dynamic’s ground robot “Spot,” pushing data directly into DroneDeploy. The introduction of the DJI Dock provides an opportunity to do the same with aerial data capture. In the first AirWorks Keynote, Pipe said “Our goal is a complete autonomous workflow – where the tools just do their work and capture the data every day.”

Sony released the updated Version 1.06 of its Camera Remote Software Development Kit (SDK) today, with the new version featuring compatibility with Cinema Line Cameras, the FX6, FX3, and FX30. The free to download update includes support for third parties in creating custom applications using Sony cameras. This new version also grants a suite of new features with particular relevance to the fields of inspection, drones and content creation. The update’s new ‘Drone GPS sync’ (Location Information Transfer) capability allows for the accurate linking of GPS information to still images in real-time through sending “ImageID” from SDK. Other additions include new operational menu settings, such as Reset / Save Settings, which provide users with an optimized workflow.

Drones are a major tool for agriculture, recognized by the World Bank and advocacy organizations around the world as a way of securing the global food supply. In Asian countries and elsewhere, spraying drones are widely used to apply fertilizer, pesticides and other products for more efficient farming. How are spraying drones bringing new opportunities to rural America? Taylor Moreland of AgriSpray Drones, speaking from DJI AirWorks, believes spraying drones like DJI’s new Agras model are can help more families farm together and give young people a way to stay in farming communities. 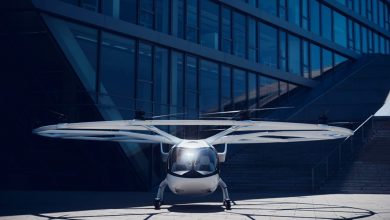 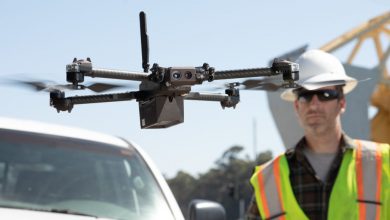 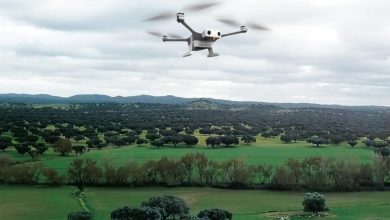