As a milestone for UAS operations, Black Swift Technologies is currently working on a USGS, NASA, and Alaskan DOT supported volcano observation project and is performing some of the first Beyond Visual Line of Sight (BVLOS) operations for UAS without visual observer or land-based radar.

Makushin Volcano, located on the island of Unalaska, Alaska, is ranked in the highest threat category identified by the US Geological Survey’s (USGS) National Volcanic Threat Assessment. The activity level of the volcano is monitored by the USGS AVO using a network of seismic monitoring stations and webcams installed on and around the volcano, as well as visits from AVO volcanologists to assess the summit region and gas samples from the summit craters and hydrothermal areas to be found on the flanks of the building. However, these investigations can prove potentially dangerous to field workers during times of turmoil.

To mitigate this threat, the USGS Volcano Hazards Program worked with industry partners and NASA to develop a new volcano observation platform on board an unmanned aerial vehicle system (UAS). The platform is based on the fixed-wing UAS Black Swift S2 with 3 m wingspan and 2.3 kg payload and can approach active volcanoes from a safe distance of over 30 km and climb peaks of over 3000 m and stay in the air for about 90 minutes .

Equipped with a backup satellite link and real-time data telemetry back to the base station, the aircraft is built to fly beyond line of sight during volcano observation missions. The Black Swift S2 volcano observation platform will be deployed on the island of Unalaska in the summer of 2021 to monitor activities at Makushin Volcano and to provide the USGS with monitoring information that is required to assess the current threat situation.

The UAS survey will play an important role in assisting the USGS in evaluating the activities in Makushin. Gas measurements are used to check the possibility of a new magma intrusion at depth, while a photogrammetric survey of the summit is used to create a digital elevation model and also to check for possible changes in the geometry, size and distribution of the vents which will help you understand the Convey the potential of lahars and debris flows caused by melting snow and ice.

Additionally, they hope that this first mission will allow them to deploy the S2 UAS platform on other volcanoes in the US and internationally in the near future, both for collecting base monitoring data and in response to volcanic crises or eruptions. In these times of turmoil, this next-generation UAS platform offers new opportunities for volcano viewing that were previously not possible with manned aircraft. 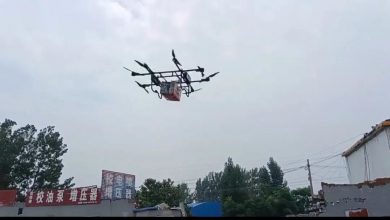 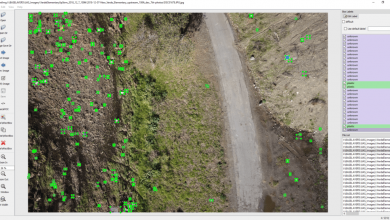