A scooter rider was in critical condition on Wednesday after getting hit in Tribeca by the driver of a car. The vehicle, a black Jetta sedan with Pennsylvania plates, has racked up dozens of traffic violations, including nine school zone speeding tickets since 2019.

The NYPD had limited information on the crash, which occurred around 10:45 am, after the driver apparently was making a left turn from Church Street onto Thomas Street, when they hit the 40-year-old scooter rider, who was heading north on Church Street. The driver remained at the scene, and no summonses have been issued. Police could not say who had the right-of-way.

A police investigator at the scene said the city’s poor infrastructure was partly to blame for the near-fatal crash, especially Church Street’s unprotected bike lane. They pointed to an outdoor dining structure about 500 feet down the block that juts out into the dedicated bike path.

“The bike lane is obstructed. The bike lanes are not designed properly,” the cop said, who asked to remain anonymous since they’re not authorized to speak to the press. “As a human being who lives and works in New York City, of course we should have protected bike lanes.”

A scooter rider is in serious condition after a crash on Church street. Their helmet and blood is in the roadway, the vehicle involved has PA plates and multiple school-zone speeding tickets pic.twitter.com/1vHZ8GPjeh

At the scene, investigators for the NYPD and Department of Transportation canvassed for video and took photos—the contents of the rider’s backpack spilled onto the street with blood pooled around it. Many of the onlookers were delivery cyclists who had also experienced close calls.

“You gotta watch out for the cars. It’s sad,” said Omari Holley, who makes deliveries by electric bike for Uber.

But another was hardly phased by the carnage.

Passerby, many of them delivery workers, at the scene of a scooter crash in Tribeca on Wednesday. Photo: Julianne Cuba

“This is the second time I’ve seen things like this,” said Nicholas Garcia, who also makes deliveries for Uber.

On roughly 1,000 feet of Church Street, between Leonard and Chambers streets, there have been 15 crashes since the start of this year, causing three injuries, including to one pedestrian and one cyclist, according to Crash Mapper. 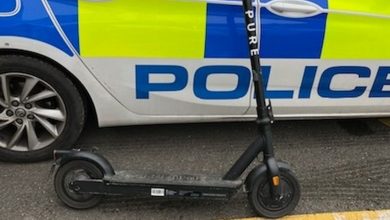 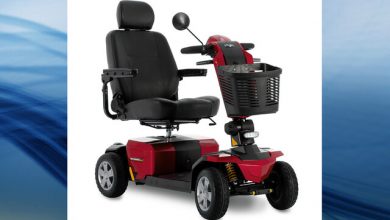 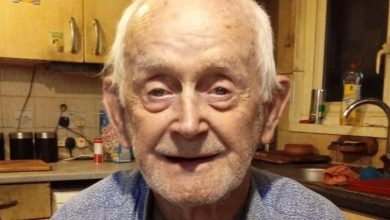