A newly published market survey by AIRT and DRONERESPONDERS shows that DJI continues to dominate the public safety sector, holding more than 90% of the market share, while Autel Robotics is number 2.

The research was carried out by the Airborne International Response Team (AIRT), the leading 501 (c) 3 non-profit organization supporting the use of unmanned systems for public safety and disaster relief – and the official home of the DRONERESPONDERS.

Data collected through the AIRT + DRONERESPONDERS 2021 UAS survey from July 15 to 31 shows that when asked “which of the following UAS brands is your public safety agency or organization currently operating (check all that apply) “90.36% (422 of 467 respondents) said they had DJI drones as part of their fleet.

Looking at additional segments within the data set, the numbers for DJI increase to 92.06% of law enforcement UAS programs and 92.47% of major city public safety UAS programs (which have a jurisdiction with a population of 500,000 or represent more) and state that they operate DJI.

The competition: the top 5 brands in the field of public safety

Autel Robotics, an American company headquartered in Bothell, Washington, owned by Autel Intelligent Technology – also based in Shenzhen, China, ranks second with 18.84% (88) of the UAS departments surveyed as of 2021 for public safety, the Autel drones operate within their fleet. “Also, 21.16% of law enforcement drone programs and 21.51% of major city drone programs say they fly Autel,” the AIRT Research press release reads.

Next up is Skydio, headquartered in CA, with 11.35%; The French company Parrot has 9.85%; and Teledyne FLIR products follow closely behind with 9.21%.

If you look at the law enforcement segment, the number for Skydio drops to 10.05%, while Parrot’s percentage increases slightly to match Skydio at 10.05%. FLIR increases slightly to 9.52%… ..The big city data segment shows that both Skydio and Parrot increase to 16.13% and 11.83%, respectively, while FLIR decreases to 6.45%.

What the data mean for drone manufacturers

“The data makes it pretty clear that price and technological capabilities continue to be the driving forces behind public safety agencies operating drones,” said Christopher Todd, AIRT executive director and senior analyst on the survey. “Despite all of the recent homeland excitement and the Blue UAS initiative, DJI remains King of the Hill, with Autel making significant strides in becoming number two in public safety users.”

“Is it just a coincidence that when you place a DJI Mavic 2 series next to an Autel Robotics EVO II, you find that they have almost identical body shapes?” Asks Todd. “These planes are made by a proven and successful ecosystem – county, city, even factory.” 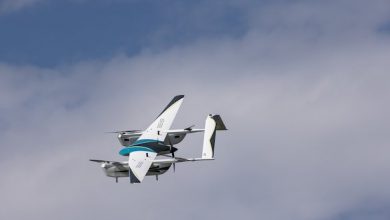 Joby Aviation Imaginative and prescient from the air

FAA Drone Registration Down 50%: Why? 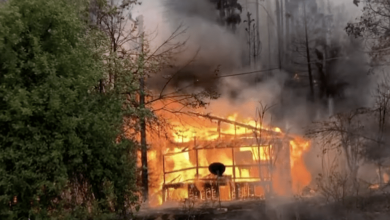 Superior know-how for hearth preventing from the air – DRONELIFE