Counter drone providers Citadel Defense works with Syzygy Integration to develop a bespoke solution for the US Department of Defense and other federal agencies.

Known as the Tactical Assault Kit (TAK), the solution informs security teams of unwanted drone activity and enables authorized operators to neutralize threats in their airspace.

“Citadel fulfills a critical business need for cost-effective, rapidly deployable, and operator-portable C-UAS solutions that work across the defense chain. This includes recognizing, classifying, locating and safely neutralizing the drone with a low collateral effector value. The solution will be rolled out to military and federal customers in the course of 2021. “

“We are pleased that Titan is fully integrated into the SNAP ecosystem. This feature enables real-time C-UAS information and the prevention of unwanted drone activity from anywhere in the world. This feature helps first responders and government agents respond quickly and more safely, ”said Wesley Mitchell, President of Syzygy.

Last year Citadel launched a new AI and machine learning Software publishing for the titanium system. According to company representatives, the software-hardware combination represents a further development of the technology after several months.successful deployments across multiple combatant orders and hundreds of unique environments. “

The counter drone system uses the world’s largest data set adapted for AI-based drone detection. Citadel is deploying the system to a global customer base and protecting against fraudulent drone missions such as the recent attacks in Armenia and the Middle East.

In July, Citadel released one AI based software Suite company officials said they would autonomously protect themselves from threats posed by 98 percent of standard commercial drones.

In conjunction with the Titan system, the counter-drone solution can protect a large military base or an airfield via a single interface and cover it around the clock.

Skydio rises with the CES Innovation Award 2021 for drones 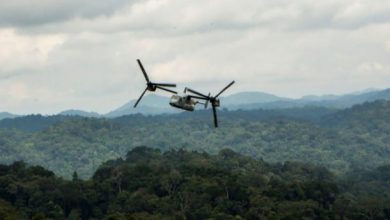