A University of Calgary researcher has researched beyond the success of downtown e-scooters to learn more about potential off-core demand.

The research assistant Dr. Merkebe Demissie of the Schulich School of Engineering at University C said one thing was clear when he first looked at the city’s data: downtown has the lion’s share of scooter usage.

However, this success allowed him to create a metric of potential demand in other townships.

“We decided to study instead of the existing demand. We said maybe we should find out more about the potential demand,” said Demissie. “People in the other quadrants of the city may want to use a scooter, but they may not have a support bike or scooter infrastructure.”

There are a handful of factors that make downtown a magnet for e-scooter travel, Demissie explained.

Because of the population density, transportation, and connectivity built at its core, people who want to go to work or spend some time on the Bow River Pathway can easily grab an e-scooter and get going.

The city has also invested heavily in connecting the core for hikers and cyclists – with projects such as the protected bike path in the city center and the LRT infrastructure that has built up over time.

Right now, Demissie believes that Calgary scooter users are early adopters. As technology settles in the city, it may become part of more people’s daily lives.

An e-scooter driver drives down the sidewalk on a busy Edmonton weekend. (Scott Neufeld / CBC)

Demissie said he found that 95 percent of the city’s e-scooter trips are downtown.

But other parts of Calgary have the potential for more scooter use based on what makes downtown a hotspot.

Demissie took the scooter data and overlaid it with other sources like census data. Demissie found that some inner-city communities such as Sunalta, the Beltline and Lower Mount Royal have undervalued demand. That’s partly because they’re not that connected.

Even more suburban areas like Kingsland, Sunridge and Varsity could be undeveloped areas that could thrive with smart infrastructure investments, he said.

“We found that if we built supportive cycling infrastructure in these areas, those areas would actually reach their potential and there would be people using scooters,” said Demissie. “This type of information will be useful for city officials, for example, to compare it to different areas of the city and decide which areas to prioritize in the future in order to build a supportive cycling infrastructure.”

When you build it, they will come

Celia Lee, executive director of Sustainable Calgary, said this research is exciting on many levels.

Increasing the number of scooter users could help the city reduce vehicle emissions, but it could also help the city build a fair transport system and network in areas where this type of investment is not being made.

“That means prioritizing investments in areas of high demand, such as lower-income neighborhoods,” said Lee. “It’s both about social justice and about keeping the economy going.”

Some of the changes could be as minor as improving the intersection. Others could take more work. Demissie figured out the basic idea was, if you build it, they will come – and planners should look at the areas of untapped potential first.

The city welcomes this type of research.

“It’s a huge data set,” said Andrew Sedor, Calgary city transportation strategist. “There are billions and billions of data points, so it’s great that university researchers are actually looking at this data and seeing what trends are emerging.”

The city is working with students from the University of Calgary on several research projects related to scooters. One project, according to Sedor, has even prompted private scooter companies to invest in capital projects.

“It is valuable to us and it is also valuable to the students, [enduring] for the future economy, “said Sedor. 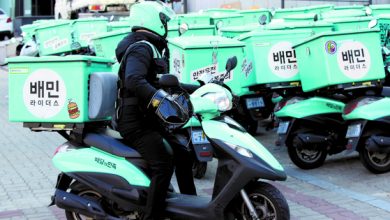