The Las Vegas Commercial UAV Expo keynotes kicked off this morning with a reassuringly full (but reasonably socially distant) auditorium and insights from drone industry personalities including Lisa Ellman of the Commercial Drone Alliance and FAA Chief Administrator Steve Dickson.

“A lot has happened with a new administration in Washington,” says Lisa Ellman, co-founder of the Commercial Drone Alliance (CDA). That is undeniable, and the CDA has represented the interests of the drone industry. In addition to working with the White House transition team, the CDA is seeking to nominate the White House technology officer. They advocate that Congress focus on the implementation of drones in infrastructure development projects to promote worker safety and efficiency.

According to Ellman, the CDA is also looking for immediate next steps towards the Remote ID for Drone Regulation (RID) – specifically, incorporating a network-based approach, a move that many drone industry representatives say will increase security and add value for the commercial drone industry, beyond the security benefits that the current approach only offers broadcasting.

Ellman and the CDA are also focused on the next expected regulation that will hit the commercial drone industry. “2021 is the year of enabling beyond the line of sight (BVLOS),” says Ellman. “The holy grail of our industry.”

Finally, according to Ellman, the CDA is working to fuel the need for regulatory flexibility and predictability, and to support innovation and leadership.

“We are working to ensure that the US does not lose its leading role in the world of aviation,” says Ellman.

Commercial UAV Expo keynotes will continue with FAA Chief Administrator Steve Dickson. This year, Dickson says, “Our work of securely scaling drones and integrating them into the NAS has advanced at a rapid pace… We have achieved a lot, but we still have some important tasks to do together to realize the value of the technology to use.” .”

The BVLOS flight is clearly the next important step for the FAA. “There are important risk-based regulations,” said Dickson.

While BVLOS flights are currently allowed on a case-by-case basis, the FAA sees an urgent need for regulation, according to Dickson. “We know that this will not be sustainable…. Disclaimers are ad hoc and not scalable. There has to be a rule for out-of-sight operations, and we are well aware of that. “

Dickson also mentioned aircraft certification, pointing out that the FAA is developing the way they certify certain drones. However, developing new regulations and systems means trying to build consensus among stakeholders with sometimes conflicting interests. “The challenge is to make sure that rule-making doesn’t end on the lowest common denominator,” says Dickson. “Not everyone will get exactly what they want, but hopefully we will get a policy that everyone can agree to be good for the industry.”

Dickson says the FAA is anticipating advanced aerospace vehicles, a potentially world-changing technology that requires a new way of looking at aircraft safety. To meet the demands of this evolving space, Dickson says the FAA is changing its structure to be more flexible and to work with a wide variety of stakeholders. “We take a systems approach, an enterprise approach,” says Dickson. “We have set up an internal executive board to coordinate all efforts: and are working with NASA on the Advanced Air Mobility campaign to develop certification standards and educate the public.”

When we’re going to see Advanced Air Mobility, Dickson says it’s sooner than you think. “This is not something that is 5 or 10 years in the future. It’s really just around the corner. “ 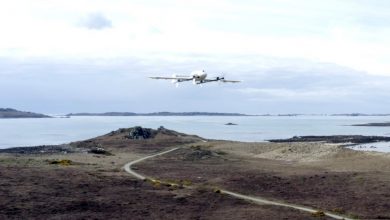 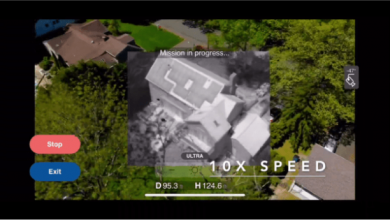