Bugatti is one of the most popular names in the world of hypercars, with all of its models bearing astonishing performance figures and even more astonishing price tags. However, the French marque also produces a much more humble and down-to-earth mobility product: the good old electric scooter.

Okay, fine, Bugatti doesn’t make them in its fancy factory per se, but they do commission Bytech, a popular consumer tech company, to produce the electric scooters. The Bugatti logo, as well as a few styling cues, are pretty much the only Bugatti thing about the two-wheeler. Nevertheless, any product bearing the iconic French automaker’s logo is sure to attract attention, and that’s exactly what this scooter did when it was showcased at CES 2023 in Las Vegas, Nevada.

The idea of ​​a Bugatti scooter is nothing new. In fact, the brand has been selling a scooter in partnership with Bytech for more than a year now. The 2023 iteration does, however, bring a whole host of updates to the table—both in terms of performance and product design.

To start with, the electronics of the e-scooter have been given a boost. The battery is substantially larger, with a 15.6 Ah and 36 V capacity, and it feeds a 1,000W motor, which is far more potent than the 700W motor in the previous model. These improvements have increased the scooter’s speed to 22 miles per hour and increased its maximum range to 35 miles, an improvement of 13 miles.

Performance aside, the scooter also features a redesigned body which is wider and longer than before. This provides extra stability when traveling at speed. More specifically, this increase in dimensions includes a higher handlebar, as well as a longer chainring. The electric scooter now rolls on bigger 10-inch wheels, as opposed to the previous version’s nine-inch wheels. Tires are tubeless here, too, and feature puncture resistance. Other tech amenities include a digital display and password protection.

The frame is still offered in three colors, as previously, but the gray shade is replaced with a yellow and black livery that honors Ettore Bugatti, the founder of the company. Additionally, the Bugatti Mistral, Bugatti’s most recent hypercar based on the Chiron, has a finish similar to this one. As of the time of this writing, Bugatti hasn’t disclosed the price of its newest electric scooter. 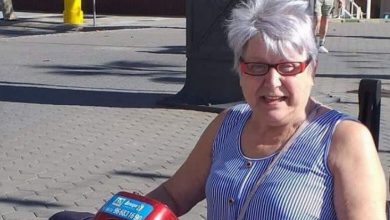 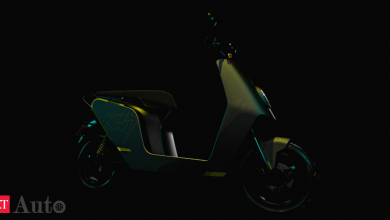 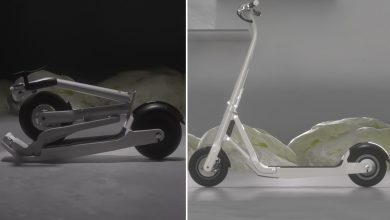