Berlin was once a wholesome horizon of self-policing cyclists and oblivious tourists walking on the Fahrradweg (cycling path), but oh those days are gone. Today, electric scooter Luddites watch as the city scoots, phone holder first, into chaos on two tiny wheels.

Loved and hated with a passion, the electric scooter has become something of a great divider in a reunited city. A new study by the Pedestrian Lobby Association has revealed that Berliners stumble upon an abandoned e-scooter or rental bike every 77 meters in the capital.

According to the survey, two-thirds of electric scooters and bicycles in Berlin are left standing or lying in the wrong place. This can be dangerous for many groups of people: for cyclists, when scooters are dumped on the cycle path, and for blind and partially sighted people, who are at a higher risk of tripping over the abandoned scooters. And they aren’t just a hazard for those tripping over them, but also those riding them. In 2021, the number of e-scooter-related accidents in the city more than doubled.

The Pedestrian Lobby Association also pointed out that parking rules were often ignored by both rental companies and their customers, saying that the fixed stations announced by some rental companies should not be delayed any further. Many disgruntled locals have had enough, with e-scooters and bikes being common among items dredged from rivers and canals across Germany.

The association has suggested that too many rental e-scooters and bikes litter streets in the German city, obstructing pedestrians’ pathways and pavements. In order to compile its survey, the association walked within a 700 by 700-metre area of ​​three different Berlin neighborhoods: Mitte, Schöneberg and Tempelhof.

In their survey, the association came upon 634 rental vehicles, 428 of which were incorrectly parked. Unsurprisingly, since e-scooters are particularly popular means of transport with tourists, who like everyone else can hire them using a simple app on their mobile phones, the most obstructions were recorded in Mitte. 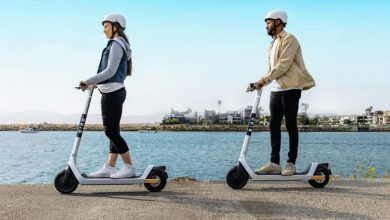 Electrical scooter firm Hen lays off 23% of its workers