Ather Energy has dropped a new teaser on its social media handles with just the red color hinting at the new color option on the 450X electric scooter. The manufacturer has planned major announcements on January 7, 2023, at the Ather Community Day. We reckon the new color option will be one of them, along with feature upgrades and new accessories.

Ather Energy has dropped the new color on its social media, (Image on right used only for representational purpose)

One of the more common complaints that we had with the Ather 450X Gen 3 was the lack of color options available. Ather seems to be addressing this with the latest update by adding the fourth color option on the scooter. The 450X is currently available in White, Space Gray and Mint Green colours, while the company did introduce the Series 1 limited edition black and red paint scheme for select customers when the Gen 2 version arrived in 2020.

We do not expect any major mechanical changes to the Ather 450X Gen 3. The model will carry the same mechanicals and frame, all of which was recently updated. Power will come from the familiar PMS electric motor tuned for 8.31 bhp and 26 Nm of peak torque on the 450X. Meanwhile, the 450 Plus packs 7.24 bhp and 22 Nm of peak torque. The Gen 3 version also received a bigger 3.7 kWh battery pack that’s 25 per cent larger and promises a true charge of 105 km.

The Ather 450X is priced at ₹1.39 lakh, while the more affordable 450 Plus is priced at ₹1.17 lakh (all prices are ex-showroom Delhi after subsidies). Expect prices to see a mild bump up for the new year with the latest updates. More details on the availability, deliveries and more will be available later this week. The new color and upgrades will only help Ather Energy bolster its impressive growth, especially as brands like Ola Electric catch up, while Simple Energy and Vida from Hero MotoCorp are all set to arrive this year as very capable competitors.

Ather Energy did close the previous calendar year on a high with 9,187 units sold in December 2022. The company registered a 389 per cent growth year-on-year. It will continue to aggressively expand its dealer network this year, having already inaugurated its second manufacturing plant in Hosur, Tamil Nadu, late last year. The Bengaluru-based manufacturer is also expected to begin exports this year. 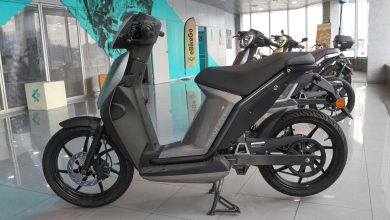 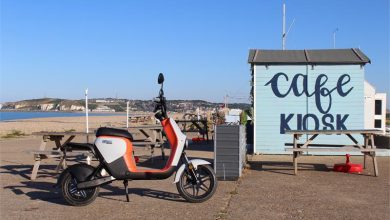