To learn more about it, I spoke with François-Xavier “FX” Charbonnel, the company’s regional sales manager for the Americas. Like many of Parrot’s other designs, the Ai challenges some long-held assumptions about how small commercial drones are designed and operated.

Unlike all of Parrot’s previous entries in the market, the Ai incorporates a collision-avoidance system, but it employs a completely novel approach that sets it apart from aircraft built by DJI, Autel Robotics and other manufacturers. Like those other manufacturers, Parrot uses a machine vision system that relies on a pair of cameras to detect and determine the range to an obstacle, working in a manner essentially similar to human binocular vision.

When DJI or Autel want to add rear-collision avoidance capabilities to a platform, for example, they add another pair of cameras to the back of the aircraft. Providing comprehensive coverage requires that the aircraft be studded with cameras on all six sides. Parrot went a different route, having only a single pair of cameras dedicated to collision avoidance. These are mounted on a gold-colored “collar” that surrounds the primary camera gimbal, and they are designed to swivel independently to look in the direction in which the aircraft is flying.

Be honest: When you’re flying backward, you don’t actually need forward collision-avoidance cameras, do you? I didn’t think so. This arrangement also accounts for the peculiar geometry of the Ai, which must provide these cameras with a clear view in front, behind, above and below. It’s an ingenious solution, and I’ll be watching closely to see how it works in practice.

The standout feature of the Ai the technology how it connects to its ground control station—using either a conventional 2.4 GHz radio signal or a 4G cellular connection through the Verizon network.

“We have a SIM [Subscriber Identity Module] card in the drone, and that’s a first in the industry for a commercial, off-the-shelf product,” explained FX. “This does two things for us. First, using the 4G, you are not limited in the range capabilities of the drone. When you start it up, the wireless connection and the 4G connection are initiated simultaneously and then, once every 100 milliseconds, the drone checks to see which signal is stronger. So, you are able to seamlessly conduct BVLOS (beyond visual line of sight) operations, provided you have the appropriate approvals.

“Second, the 4G capability means that the drone is connected to the cloud while flying. We’ve worked very closely with Pix4D and Skyward—and they are embedded directly within the app. You can be sending your data directly to either of them to begin processing your imagery even while the aircraft is still flying.”

The Ai incorporates plenty of additional innovations and improvements, such as one-touch photogrammetry. This system relies on the structure outlines of buildings that are available through Google Earth and other mapping utilities. Simply click on a structure on the map and the app will put together a complete photogrammetry mission in accordance with your default settings.

Pilots will guide the Ai using the new SkyController 4, which replaces the venerable but well-designed SkyController 3, first released alongside the original Anafi in 2018. It will also benefit from a new app, FreeFlight 7. The aircraft itself boasts a 48- megapixel camera capable of capturing 4K video with a 5X digital zoom capability. While suitable for a wide range of missions, the Ai has been developed primarily for mapping and modeling. 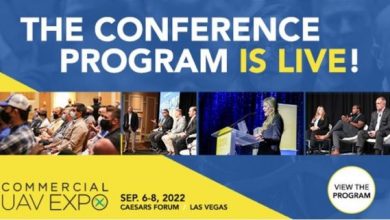 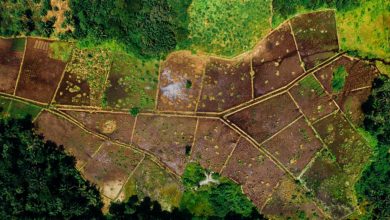 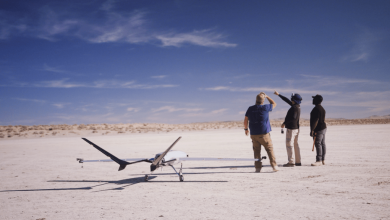