“1More Aero gives you an affordable way to step into spatial.”

Thanks to Apple’s efforts, a lot of folks now know about head-tracking spatial audio. Or at least they’ve heard about it. The jury is still out on whether it’s really the next big thing in music and movies or just a bit of techno-wizardry in search of an audience. Still, at least the price to experience it has dropped to a reasonable level with the release of the $110 1More Aero, the latest noise-canceling wireless earbuds from a brand that always finds ways to deliver more for less.

For the uninitiated, head-tracking spatial audio uses the earbuds’ (or headphones’) built-in sensors to keep certain parts of a song or soundtrack anchored in place when you move your head. For music, this means that if you turn your head left or right, it sounds like you’ve turned away from the singer, who is still standing “in front” of you. For movies, it keeps the dialog coming from the screen, instead of following you around wherever you look.

Apple got the head-tracking spatial audio ball rolling when it introduced the feature on its AirPods Pro and AirPods Max, and has since added it to the AirPods 3. But Apple’s approach to this tech is expensive — the AirPods 3 start at $169 — and exclusive: it only works when playing spatial audio tracks in Dolby Atmos from Apple Music, or when viewing 5.1 or Atmos movie soundtracks from a select number of streaming video services, like Apple TV+ and Disney+.

1More’s take on head-tracking spatial audio is decidedly more inclusive. When you turn it on inside the 1More Music app, it’s applied to all of your audio, regardless of source. This is both good and bad. Good because if you like the feature, why not get as much of it as you can? And bad because without an actual spatial audio format like Dolby Atmos to give the software some clues about how to present the 3D-like sound experience, it’s not always very precise in how it handles audio elements.

The soundstage is surprisingly detailed — not something typically expected from affordable earbuds.

Anker Soundcore recently stepped into head-tracking spatial audio, too, with its $150 Liberty 4 wireless earbuds. But Soundcore gives you more flexibility with the feature than 1More. With the Liberty 4, you can choose to keep the expanded depth and soundstage of spatial audio, but turn head-tracking off. I wish 1More had done the same, but instead, it’s all or nothing. That’s a shame because while the head-tracking aspect is fun and it definitely adds a new dimension to how we listen to audio, it can get tiresome quickly, especially in situations where your head moves a lot.

So it’s good that the 1More Aero are a capable set of earbuds when it comes to their other features because I wouldn’t want you to buy them just for their head-tracking spatial audio.

Within their price range, they provide solid sound quality. The soundstage is surprisingly detailed — not something I typically expect from affordable earbuds. But there’s also a bit of muddiness, especially when you compare them to the Anker Soundcore Space A40, which are $10 cheaper. You probably won’t notice that at all when going about your daily commute or hitting the gym, but it’s something to keep in mind if you’re hoping for earbuds that really shine when things are quiet.

With their default tuning, highs can be a bit peaky and sharp, but thanks to the 12 EQ presets and manual EQ settings, you should be able to get them dialed in to deliver almost any sound you want.

Bass is very balanced out of the box, and I recommend leaving it there. Using the bass booster preset certainly pumps it up, but it also becomes big and bloated, which isn’t a very pleasant listening experience even if you are a prodigious bass head.

1More includes a new feature on the Aero that it calls Smart Loudness. In theory, you pick a volume level that you find comfortable, then adjust the Smart Loudness slider up or down until you hear a mix of bass, mids, and highs that you enjoy. From there, the system is supposed to keep that mix intact, regardless of how high or low you ride the volume after that.

Honestly, I couldn’t tell much of a difference between it on and off. I think Apple’s adaptive EQ, which does the same thing, but without you needing to lift a finger, is a much smarter loudness system.

They have the same elongated, pointed stem design and as the name suggests, they are very comfy indeed. 1More includes four sizes of eartips, which should help most people get a good seal and a secure fit. They’re even a bit more robust when it comes to water, with an IPX5 rating versus the Comfobuds Pro’s IPX4.

The Aero support wireless charging, and Bluetooth multipoint, and the 1More Music app has those EQ presets plus manual settings I mentioned above, all of which the Comfobuds Pro lacked. The charging case is easier to open and the earbuds are much easier to grasp when you need them and replace you’re done.

They keep the ComfoBuds’ wear sensors, which you can’t always find on less expensive earbuds, and their auto-pause/resume feature works well, and you can disable it if you don’t like it.

Their touch controls are fine as far as touch controls go (I still much prefer physical buttons), and there’s a limited ability to customize what they do in the app. You only get four gestures to work with (double and triple taps on each side) but at least you can pick from any function you consider important (play/pause, track skip forward/back, volume up/down). Call answer/end is always available, as is the ability to switch active noise cancellation (ANC) modes.

But despite my frequent attempts to point out the importance of being able to choose which of those ANC modes you want, 1More continues to force you to tap and hold three times as you cycle between ANC, transparency, and off modes, even when most of we want ANC or transparency — rarely the off mode.

Still, that annoyance aside, the 1More Aero do a really good job with ANC, considering their price. Sounds like traffic or the din of a noisy restaurant are reduced significantly. You also get an optional mode for handling wind, which also works well — it all but eliminated the wind I could hear in the normal ANC mode — but it drops the overall amount of noise being canceled. It’s a compromise, but one you won’t mind making when the air is moving past you briskly.

They can’t quite stand up to the AirPods Pro 2 or Bose QuietComfort Earbuds II for killing cabin sound on an airplane, but honestly, not much does, even if you pay twice the Aero’s price.

Transparency mode is similarly effective: not a magical feeling like you’re not wearing earbuds, but still plenty of incoming sounds so you can stay aware of your immediate surroundings or have a casual conversation.

Battery life for the Aero comes in at a very acceptable (if unremarkable) seven hours per charge if you keep ANC turned off. When it’s on, that drops to five hours. The charging case can extend these numbers to 28 and 20 hours, respectively, but keep in mind — that’s based on a 50% volume level. Based on my listening time, you’re probably going to use them at 60% unless you’re in a really quiet spot, so don’t expect to get those full numbers every day.

If you do need more time, the Aero have a quick charge of one extra hour of listening time for every five minutes spent in their charging case — again, decent, but not exceptional.

Calling on the Aero is about what you might expect for a set of $100-ish earbuds. They’re very good when things are quiet, giving your voice excellent fidelity, and when things get loud, you’ll become harder to hear, with increased compression, wobbliness, and a dropping out of lower frequencies. However, even though your voice will lose quality, very little of those competing sounds will make it through to your callers, so that’s something.

All in all, the 1More Aero are a good set of affordable wireless earbuds that are very comfortable even for long periods of time. Their signature head-tracking spatial audio feature is undeniably fun, but still mostly a gimmick and not a good reason to buy them over other wireless earbuds at this price. 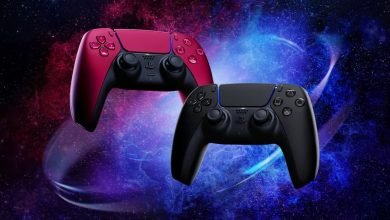 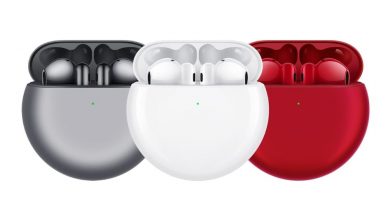 HUAWEI FreeBuds Four launched in China and can quickly be international 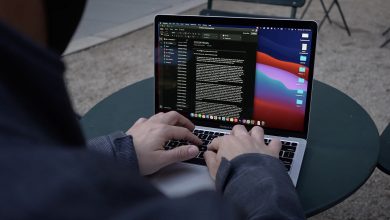