An 11-year-old boy was killed and a 14-year-old boy hospitalized with injuries after they were shot on a scooter in Philadelphia, police said.

Harley Belance was hit in the neck around 6:30 p.m. on Friday in the Oxford Circle neighborhood of northeast Philadelphia. He was found on the 1500 block on McKinley Street and subsequently pronounced dead.

A 14-year-old boy who was shot in the arm and ankle remained in the hospital but in stable condition, officials said.

Police said a man was seen firing a gun from the steps of a house on the 1400 block on McKinley Street.

It is unclear whether the boys were the intended target.

No arrests were made. 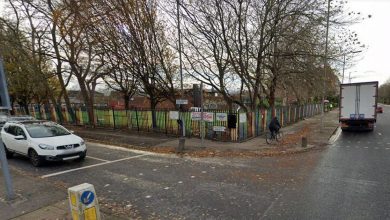