ZTE has made its way to the front of the news several times because of its Axon Series. Primarily due to his penchant for bringing unique features to consumers. And today, the Axon 40 Pro follows in the footsteps of the OEM’s flagship, the Axon 40 Ultra, bringing a range of attractive features encased in a great-looking chassis for $500.

But are these attractive specifications enough for this smartphone to stand out? Find out in this article why we think the ZTE Axon 40 Pro is a great device but could use some work to make it the perfect device for many!

The ZTE Axon 40 Pro boasts a lot of premium hardware for its starting price of $499. It comes with a 6.67-inch FHD+ AMOLED panel capable of refreshing at 144Hz and handling the performance on it is flagship-grade Snapdragon 870. It even features a 100MP primary camera and a large 5000 mAh battery with support for 65W fast charging via USB- C Power Delivery.

What hardware does the ZTE Axon 40 Pro pack?

Now, before digging into the nitty-gritty details about this new smartphone, let’s look at the hardware that makes it attractive.

On the front is a 6.67-inch FHD+ AMOLED with edges that slightly curve towards the frame. The panel sports a 144hz refresh rate, and if we’re to go by the ZTE Axon 40 Pro Ultra reviews, the display here is bound to be a treat to use. Unfortunately, ZTE’s UDC technology didn’t make its way to this device, with them choosing to involve a traditional hole punch cutout.

Flip around to the back, and you will find a camera array with multiple elements. There’s the rectangular section, which houses two giant circular elements, within which you will find three different cameras — the fourth is placed on the rectangular part below the flash. Now, while the setup looks quite busy, it doesn’t look shabby — something I can’t say for the secondary camera on the Nord 2T.

Speaking of the optics, the headlining component in this quad-camera array is the 100MP sensor which supports 4K video recording. And in the supporting role, you will find an 8MP Ultrawide, 4cm Macro, and a Depth Sensor. And in the hole punch mentioned earlier, you will find a 16MP sensor. In recent years, ZTE has consistently done a great job with its camera, maintaining an even color profile between sensors, and we expect that to happen here with the Axon 40 Pro too.

To handle the processing that will take place with the images and the tasks a user throws at this phone, ZTE has chosen the Snapdragon 870. The SOC is an excellent choice for power and efficiency, and we’ve seen it as the standard on many value-for-money devices — the Poco F4 5G is a recent launch that comes first to mind.

And powering the device is a 5000 mAh cell with support for 65W charging. If this adapter — included in the box — is the same USB PD charger found with the Axon 40 Ultra, ZTE is bound to be a leader in its price segment because of the improved compatibility.

The ZTE Axon 40 Pro goes on sale in North America from July 11 on ZTE’s official website, with a price of $499 and $599 for its 8GB + 128GB and 12GB + 256GB variants, respectively. The device will also have wide availability, with Europe, the Middle East, Asia Pacific, and Africa joining the fray. You can find the list of countries and regions and European prices below.

ZTE Axon 40 Pro has advantages but also has its work cut out!

If you have read the article till this point, or if you haven’t and skipped right to it, the situation for ZTE is as follows. Their hardware offering is definitely at a level where value stands tall, plus they have a wide availability for their product — both of which are essential factors in making a successful midrange device.

For North America, these advantages make it easier to choose this device over imported units of phones from Xiaomi, Realme, and others, as compatibility with networks won’t be a head-scratching conundrum. In my opinion, some may brush this off as not being that big a deal, but it does help to have some peace of mind.

With the Chinese competitors now discussed, we come to the giants who have a foothold or at least a brand image in North America for phones that cost $500 or less, ie, Samsung and Google. With the Google Pixel 6a around the corner with its AI smarts and the Samsung Galaxy A53 at the top of the list with its long-lasting software support and decent hardware, ZTE will need to focus on its software element to ensure its device can stay competitive . The brand doesn’t have a reliable track record in this sense, so I say they have their work cut out.

What are your thoughts on this? Would you pick a ZTE phone over Samsung and Google for its hardware if they sorted out their software issues? Let us know with a comment below. 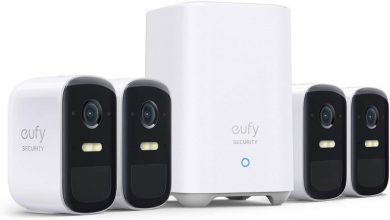 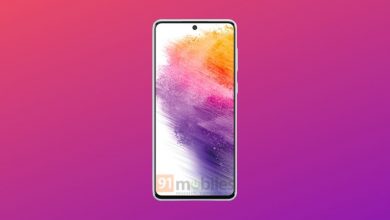 Samsung Galaxy A73 leaks on the primary official wanting render 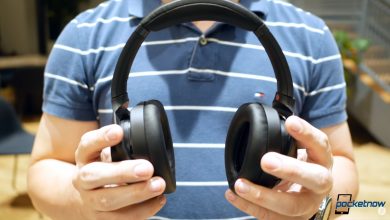 Bose QuietComfort 35 II, gaming headphones and extra are on provide