Toyota Tsusho Corporation (Toyota Tsusho) is one of Japan’s general trading companies and a member of the Toyota Group. The partnership with Zipline in Japan will bring the delivery of medical drones to communities across Japan, even in the most remote areas of the country.

The partnership isn’t new: Toyota Tshusho invested in Zipline in 2018 as part of the company’s NEXT technology strategy designed to support new innovations in mobility. In addition, Toyota Tshusho and Zipline have partnered in Ghana, where Zipline supplies medical products from Gokals-Laborex Limited, the pharmaceuticals distributor of the Toyota Tsusho Group, to hospitals across the country.

Zipline recently started delivering COVID-19 vaccines by drones across Ghana after the massive scale delivery of medical drones in Rwanda and groundbreaking drone delivery projects in the United States. “Zipline’s drones have flown more than 5 million autonomous miles to deliver more than 1.5 million doses of vaccines, blood, and critical and life-saving drugs to more than 2,500 healthcare facilities serving more than 25 million people,” it said in the company’s announcement. This new partnership brings Zipline to Japan for the first time.

“We first invested in Zipline three years ago because we firmly believe their technology is redefining the ability of healthcare systems to serve people around the world,” said Masato Yamanami, CEO of Toyota Tsusho’s Automotive Division. “The Zipline model has proven to be systematic and we are delighted to bring this innovation to bear in support of the Japanese communities.”

“Our mission at Zipline is to provide everyone on earth with immediate access to vital medical supplies. This partnership with Toyota Tsusho is the first step in fulfilling that promise for the more than 120 million people in Japan, ”said Keller Rinaudo, Co-Founder and CEO of Zipline. “We live in a time when equal access to medicines has never been so urgent and essential, and our two teams share a commitment to finding new ways to solve the problem.”

The partnership also marks the first time Zipline has outsourced management of a Zipline distribution center to a partner – something the company describes as a “new model for scaling its on-demand delivery service.”

Toyota Tsusho will manage its own distribution center powered by Zipline’s aircraft and logistics technology to distribute supplies as needed through a network of healthcare providers. As part of its partnership with Zipline, Toyota Tsusho will also develop first-hand expertise in drone logistics, building on its experience in the global automotive industry as a Toyota Group company and operational excellence in Japan.

The newest govt order for drones 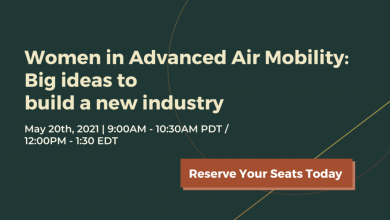